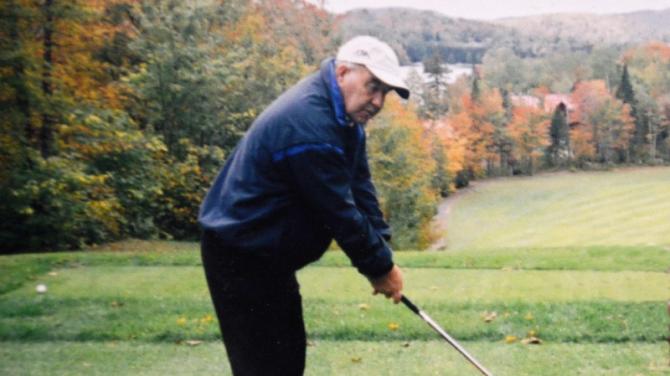 BLIND golfer Drew Cochrane is off to the British Open later this month!

The Ballymena man, with guide Warren Stewart, is hoping for a good showing at the event at Cardrona Golf and Country Club.

The British Blind Open, at Peebles in Scotland, takes place from July 15-19.

Drew, who comes from Pinegrove Park, has been in decent form in recent competitions.

“And I hope that continues in Scotland,” he told Guardian Sport.

“Myself and my guide are really looking forward to competing.”

Drew, playing blind golf since 1991, has competed before in the British Open.

“I was there five or six years ago and was pleased with my performance, managing seventh out of 43 competitors,” outlined Drew.

Back then the rainy weather had left the course very heavy underfoot - “But if the good spell continues we should not be troubled with a similar problem this time round,” Drew told Guardian Sport.

The Ballymena golfer was part of the winning Irish team - three from the North and three from the South - who earlier in the year won the Celtic Cup at Greenacres.

And he has turned in sound displays in recent outings at Killymoon and Galgorm Castle courses.

Meanwhile, Drew and Warren fly over to Scotland this Sunday (July 15).

The duo will be involved in practice matches on Monday, before going into the serious Stroke competition next Tuesday and Wednesday.

Drew has played blind golf all over the world, including Japan, America, Canada, Australia and South Africa.

“Yes, I have received an invite for the British Masters, but will decide my next move after returning from the British Open,” outlined Drew.

The blind golfer had a treble success in the then Ballymena Borough Council annual Sports Awards!

Drew thanks Galgorm Castle Golf Club and Ballymena Golf Club for allowing him free use of their courses.

“I am very grateful to both clubs. Their sporting gesture is very much appreciated,” he concluded