Parker (6)off to the States! 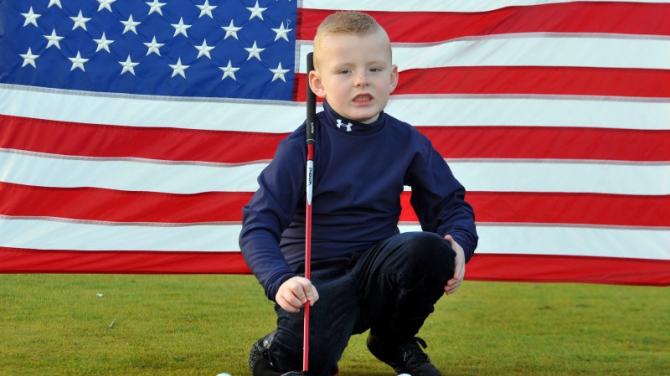 PARKER Bonnes is off to the US Kids World golf tournament in American in August!

The six-year-old finished an impressive 11th in the recent Europeans in Edinburgh.

Last September his fine finish in the Wee Wonders Open secured his spot.

And at the weekend he was impressing in a tournament in County Cavan, finishing runner-up in an older age group.

Parker, a pupil at Ballykeel Primary School, plays out of two clubs - Galgorm Castle and Ballymena.

And he cannot wait to tackle the World showdown in Pinehurst, North Carolina (August 2-4).

His fine finish in last year's Wee Wonders Open booked his place in this Summer's tournament.

Dad Gary is delighted Parker will be taking part in the US Kids tournament.

Young Parker has been playing golf since he was ONE YEAR OLD!

“He got a little set of clubs for Christmas and took to the sport rather well,” recalled Gary.

Parker’s granda Adrain Smyth plays a big part in keeping the lad focused on the courses.

In last year's Northern Ireland Open at Galgorm Castle Golf Club Parker watched quite a bit of the action, and Tournament Ambassador Michael Hoey, who was competing, took time to chat with Parker.

In the Junior NI Open at Galgorm Parker finished joint winner in his Section.

A few weeks ago the US Kids North Of Ireland Spring Local Tour event was played at Allen Park Golf Centre Antrim.

And Parker kept up his impressive form, winning first prize on what was his first appearance!