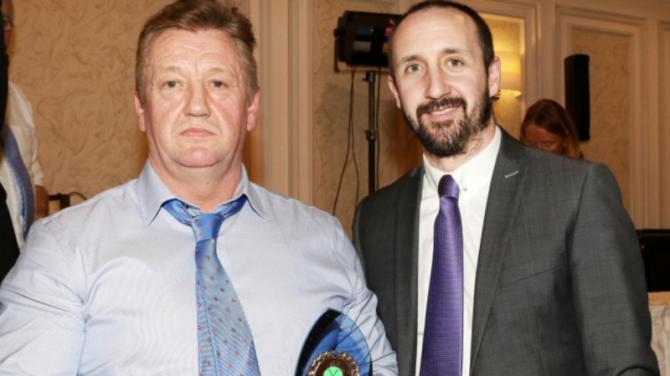 WHAT a turn out at the Tullyglass House Hotel in Ballymena for the Glenarm club’s annual awards evening.

This one however had an added dimension with the 25th anniversary success of the then St Joseph’s side which won all before them in 1995.

What a year and certainly one worth recalling as the present Shane O'Neills side strive to achieve just some of that success.

Many folk were remembered on the night with presentation made on behalf of Arthur Forsythe, MeGlenarm himself, Eddie Matthews the former club chairman, Colm Mulvenna the secretary, Tony Mulvenna the hurling board secretary and Bronagh O'Kane the club physio.

Brendan Ward made awards to Terence Mulvenna who organised the event and to Shane O'Neill for his services to the club.

While the evening was all about nostalgia, the present club players were also rewarded for their achievements in the past year.

They were beaten in the semi final of the Junior championship and ended fourth from bottom in the Division 3 league.

The Minor Hurler of the Year award was won by Dan O'Boyle with Ben O'Boyle picking up the Junior award.

The Senior Player of the Year award went to Paul Magill.

Kathryn Bradley was chosen Club Person of the Year with special awards going to the Captains of the 1995 sides Sean Waide and Kevin Davey.

Special guests at the event were Kilkenny hurler Eoin Larkin and his wife Anne and BBC sports commentator Mark Sidebottom.