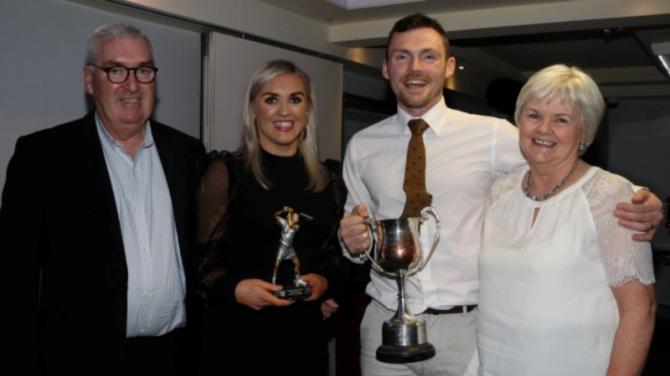 IT was a momentous year for Erin’s Own GAC, Cargin and the wide array of silverware on show at the club’s Annual Presentation evening in the White River Hotel, Toome.

Amongst the guests were county chairman, Ciaran McCavana and South West chairman, Jim McGrath while Malachy McCann, brother of the clubs number one supporter, Patsy McCann made the journey from his home in Buncrana to join in the celebrations.

He spoke eloquently about his former Erin’s Own club and the pride he felt at their success this season.

Individual awards were handed out left, right and centre.

The Senior Footballer of the Year award went to James Laverty while his sister Katie Laverty was chosen for the Senior Camogie award.

The Camogie Personalities award was won jointly by Una Cassidy and Paula McCann.

The Clubman of the Year award went to Patrick McCann, Brian McCann and Darren Craig, the Minor Team Management team while Patsy McCann was recognised as the Club’s Supporter of the Year.