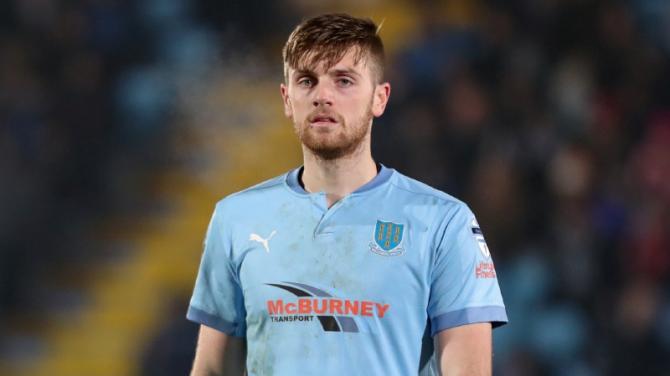 CENTRE half Conor Keeley has extended his contract at Ballymena United until 2024.

In the Ballymena United website Showgrounds boss David Jeffrey has expressed his delight at the big Dubliner’s decision to sign the new deal.

“When Conor first arrived it was on the basis that here was a young man with ability, but we saw even greater potential and he also showed a burning desire to make himself an even better footballer,” outlined Jeffrey.

“We always talk about incremental strides and steps and Conor has been getting better and better since joining us. With that in mind we wanted to sit down and see what his thoughts were on staying beyond his current contract, and I am really pleased that he sees Ballymena United as the place to continue his development.”

The 24-year-old came to United from Cabinteely FC a season and a half ago.

He is moving to Belfast and Jeffrey said this will “bring on his development even more as he will be able to be involved in all training sessions and in the full life of the club.”

“It is true to say that the distance was a challenge and whilst Conor, often aided by his father Brendan, was fantastic in terms of travelling and showing the discipline to maintain his levels of fitness, the reality is that he was mixing his training between us and at home and then travelling again on a Saturday. His decision to move closer to Ballymena United shows not only a commitment to his development but also a great level of maturity. I'm absolutely delighted with this evening's news, really really pleased,” Jeffrey told the website.