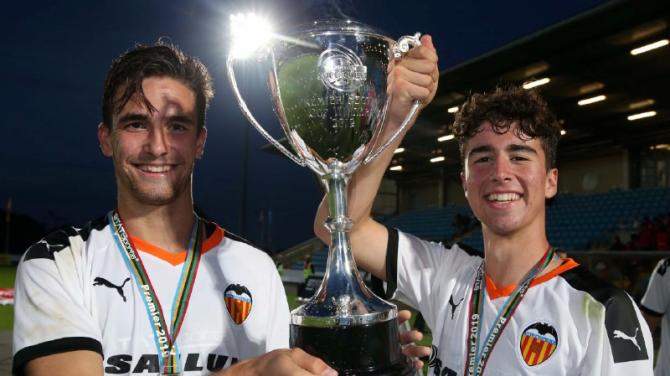 THE Mayor of Mid and East Antrim, Alderman Noel Williams, has praised the organisers of the STATSports SuperCupNI as the competition prepares to kick off.

It is the first time the event will have been staged since 2019 after it was forced to be cancelled due to the Covid-19 pandemic.

In total, 64 teams from all four corners of the world will compete across four hotly-contested male categories at Under-13, Under-14, Under-16 and Under-18 levels.

This year a girls’ tournament will also take place, which is a hugely exciting new addition and yet another string to the SuperCup’s bow.

The Old Trafford youngsters will play a Northern Ireland side managed by Gerard Lyttle on the evening of 25 July - the opening day of the tournament - and 27 July.

The first of the two challenge games will take place at the Coleraine Showgrounds, with the second at the Ballymena Showgrounds, both with a 7.30pm kick-off.

The Mayor said: “The SuperCup is rightly regarded as one of the world’s top youth football tournaments and as a Council, we are proud to be long-term partners and supporters of this elite event.

“Matches will take place at venues throughout the area, including Broughshane, Clough, Ahoghill, Kells and Inver Park, Larne.

“Finals night will again be hosted at Ballymena Showgrounds, offering local fans the chance to take in potential sporting superstars of the future and to cheer on their favourite teams.

“Credit must go to the organisers for another stellar line up of fixtures featuring teams such as Manchester United, Glasgow Rangers, Leeds United, Northern Ireland and Right To Dream.

“Their hard work and dedication to the sport in our borough and beyond does not go unnoticed and I would like to express our Council’s appreciation and gratitude for their commitment to the game and this exceptional tournament.

“While it is very much a festival of football, the SuperCup also provides a real boost for our retail, hospitality and tourism businesses, and showcases our sporting facilities and stunning borough to a global audience.

“Having the best young players in the world on our doorstep is therefore a great result for our area in so many ways.

“We look forward to welcoming all of the fantastic teams, families and fans from across the world, and I trust you will enjoy a warm Mid and East Antrim welcome – and lots of goals!”

For the latest information, fixtures and tickets, visit: www.supercupni.com