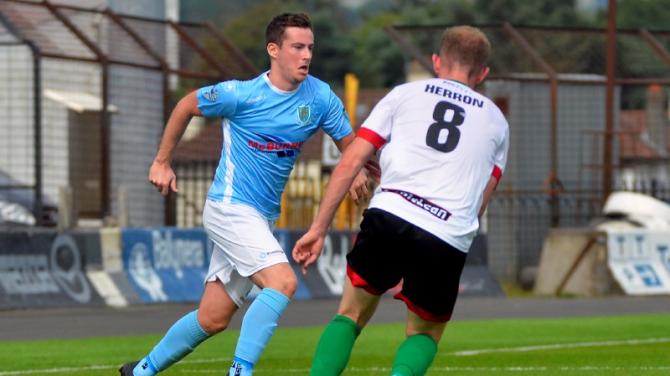 ANDY McGrory has signed a one year contract extension with Ballymena United.

Showgrounds manager David Jeffrey said the 30-year-old right back’s desire to stay at United, with other clubs reported to be interested, was most pleasing.

McGrory joined United from Glenavon back in June 2018 and has made 123 appearances, and scored 23 goals.

Boss Jeffrey said they are absolutely delighted that Andrew has agreed to extend his contract for at least a further year.

“It's well on record the challenges that injury has presented him over the last couple of years, and yet this season has seen him not only return to fitness, but also to great form,” Jeffrey told the United website.

“That was epitomised by his performance in the Irish Cup final where, alongside others, he put in an exceptional shift.”

Jeffrey said he hopes McGrory’s “days of injury are well past and we have him fit and available to continue to play in Sky Blue and we will see more of the Andrew that we saw in the Irish Cup final.”

The United website also reported last week that 31-year-old centre half Chris Rodgers has been released from his contract at his own request.

Manager David Jeffrey said the player’s own circumstances have changed and with the addition of a new child and other competing priorities he wants a bit of time out for himself.

“We had a good conversation and we fully understand and support his decision,” said Jeffrey.

Rodgers thanked the manager and supporters and wished the club well going forward.