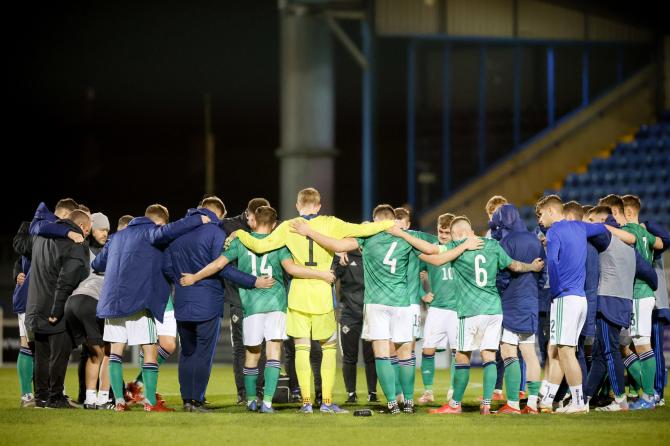 The Irish FA is to hold an extraordinary meeting of its Board this evening to discuss the possibility of boycotting future games against Russia in light of the country’s invasion of Ukraine.

Northern Ireland’s under 21s are due to play Russia at Mourneview Park in Lurgan on March 29, but there have been increasing calls for the IFA to join with other nations in refusing to play them.

In recent days England, Wales, Poland, the Czech Republic and Sweden have said they would refuse to play Russia at any level.

Just this afternoon the Football Association of Ireland, who are responsible for the Republic of Ireland's teams, said they "offered its full and unequivocal support to Ukraine’s FA and confirmed that no Irish team will play against Russia at any level until further notice". The Aviva Stadium is also to be lit up in the colours of the Ukrainian flag at 7pm this evening.

And Rod Petrie, President of the Scottish FA, said they would "not sanction the nomination of a team to participate in our scheduled UEFA Regions Cup fixture against Russia, due to be played in August" should the conflict continues.

"This will remain our position should any other fixtures arise at any level of international football," he added.

On Sunday evening football’s world governing body, FIFA, told Russia to complete their upcoming games in neutral territory under the name the Football Union of Russia without their flag and anthem – something which many within football feel does not go far enough.