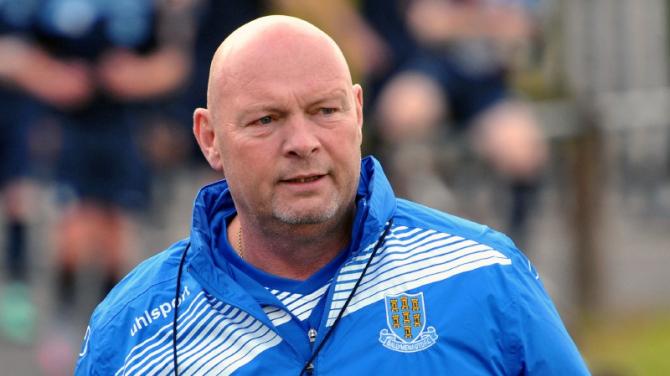 TONIGHT (Tuesday) is Irish Cup night at The Showgrounds (7.45pm).

David Jeffrey’s Ballymena United take on Portstewart FC in the second round tie, which was postponed from Saturday, February 5, due to a heavily flooded home pitch.

And winners will secure a home tie against Larne in the quarter-final on Saturday, March 2 (3pm).

The calling off of the original tie caused great disappointment for Portstewart FC who had put in a lot of work on and off the pitch preparing for what they had hoped would have been a day out to remember.

Ballymena United go into battle this evening following their 1-0 home win over Dungannon Swifts at the weekend.

A Steven McCullough headed goal was enough to see the Sky Blues get all three Premiership points.

United boss David Jeffrey is taking nothing for granted and has warned his players not to turn up unless they are 100% focused!

He said United have prepared thoroughly and have had the seaside team watched a number of times.

“We know how tough it will be. We will go with what is our strongest outfit on Tuesday night,” he concluded.

The trio will be out to impress against their hometown team!

Meanwhile, on Saturday United are at home to Glenavon in the Premiership (3pm).