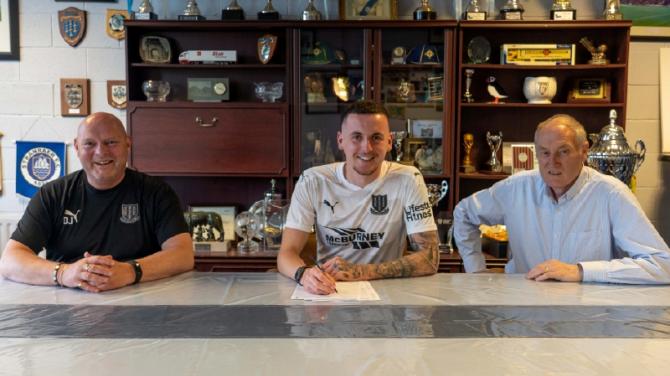 News that the 21-year-old has joined the Sky Blues was announced tonight (Tuesday) on the United website.

The Strabane native joins from Derry City, having returned from playing in England earlier this year.

Ballymena manager David Jeffrey said he is absolutely delighted to have secured the services of the striker.

Despite interest from other clubs Parkhouse saw Ballymena United as an opportunity to play more regularly.

Boss Jeffrey said United will be a place where he will continue to learn and be well looked after in terms of his own career development.

“He is a young man who is very hungry to do well for himself and now for Ballymena, and in the conversations that we had, it was how other players have progressed whilst being here which was a big attraction to him joining,” outlined Jeffrey on the United website.

Parkhouse will take squad number 19 this season, and will be sponsored by BUFC Development Committee.