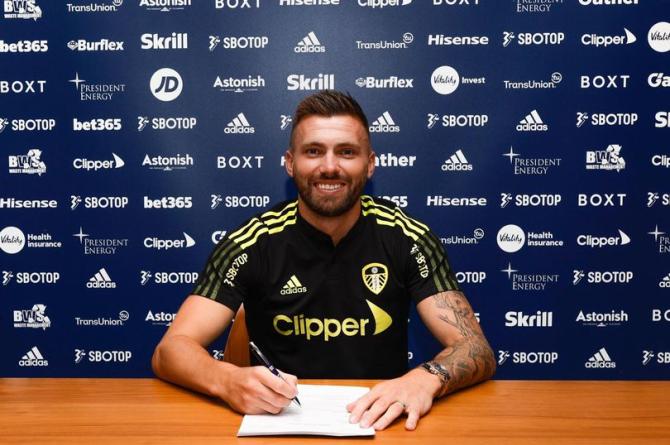 Stuart Dallas has signed a new deal at Leeds United.

Leeds United midfielder Stuart Dallas says he is 'delighted' after agreeing a new contract with the club.

The Northern Ireland international has penned a three-year deal, keeping him at Elland Road until the summer of 2024.

Dallas is one of the longest serving players at the club, having joined from Brentford back in 2015.

Under head coach Marcelo Bielsa who arrived at the club in 2018, Dallas has flourished playing in a variety of positions across the team.

Missing just one league match in the 2019/20 campaign, Dallas helped the Whites secure the Sky Bet Championship title and was voted the Players’ Player of the Year.

Last season, he was one of the standout players in the Premier League, starting all 38 games for Leeds, scoring eight goals, including a memorable late winner away at Manchester City in April.

The 30-year-old has made a total of 229 appearances so far during his time with the Whites, whilst has also won 56 caps for Northern Ireland and captained his country in their recent international matches against Malta and Ukraine.

“I am buzzing, delighted, really happy that I have signed a new deal,” Dallas told LUTV.

“I have always said this is where I want to be, this is home for me. When I first came to the club the fans took me in as one of their own, I felt that really special connection with them and that has grown stronger in the last few years.

“Hopefully it can get even stronger as the years go on, so I’m delighted and happy to sign. My family are here, this is home for them as well, so I am over the moon.”