Tickets for Manchester United Under-16s matches are on sale! 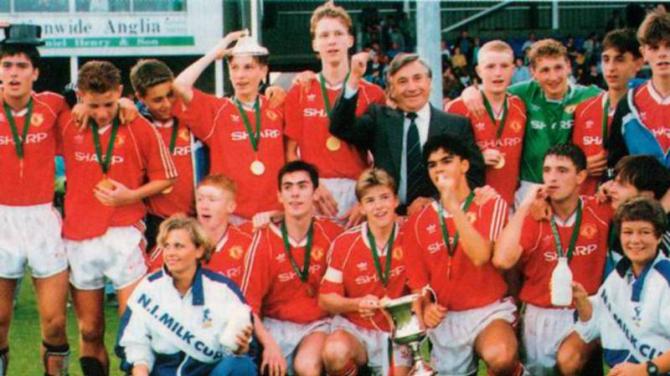 TICKETS for Manchester United’s Academy team’s visit to Northern Ireland in July to celebrate the first United victory in the Milk Cup in 1991 are on sale.

That team, captained by David Beckham, which included Gary Neville, Nicky Butt, Paul Scholes and Northern Ireland’s own Keith Gillespie lifted the Trophy by beating Scottish side Heart of Midlothian in a thrilling Final.

And now three of Northern Ireland’s top youth sides will face some of Manchester United’s brightest prospects later on this summer.

United’s games are as follows:

Tickets, priced at £7 includes a souvenir Programme can ONLY be purchased using the MyTicketApp.

Details on where you can download the app can be found at www.myticketapp.co.uk

The games, organised by Super Cup NI, are subject to current Covid restrictions and there is a limited number of tickets available for each game.