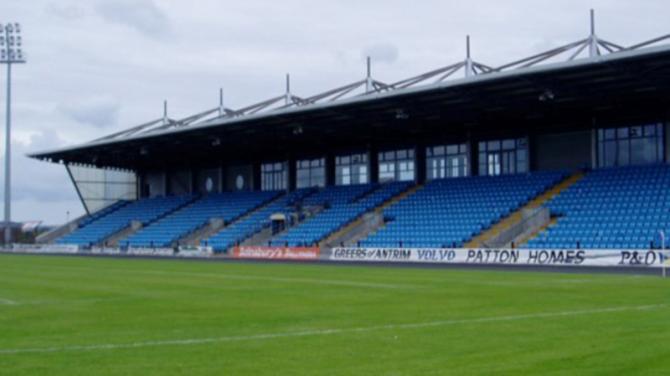 BALLYMENA United kept up their chase for seventh spot in the Premiership with a 4-0 win away to Carrick Rangers on Tuesday night.

But Glenavon, who sit in seventh, made sure they stayed three points clear of the Braidmen by beating Portadown 4-1 at Mourneview Park.

With three games left it is still all to play for as United and Glenavon battle it out for the Euro Play-Off spot.

Ballymena’s next game in Section B of the Premiership is away to Dungannon Swifts on Saturday, May 15 (3pm).

It was teenager Trai Hume who put Ballymena in front just before half time, powerfully heading home from a Ross Redman corner kick.

McCartan added a second from the penalty spot in the 64th minute before putting away a second a minute from time.

Striker Joe McCready, who came on as substitute six minutes from the end, slotted home United’s fourth in the 90th minute.

Meanwhile, United prepare this week for a visit from PSNI on Saturday .... in the second round of the Sadler’s Peaky Blinder Irish Cup at the Showgrounds (3pm).

In the first round Ballymena knocked out Portadown, winning 4-1 at home.