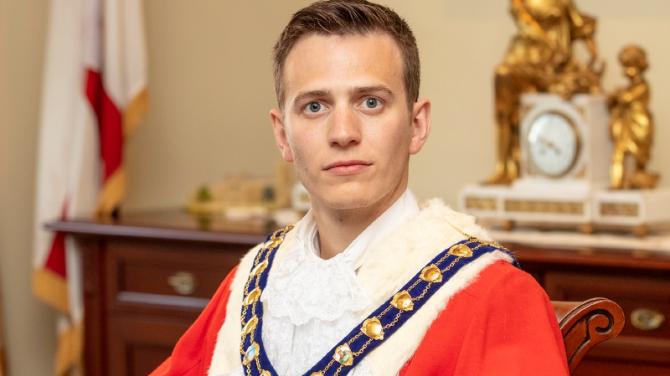 THE Mayor of Mid and East Antrim, Councillor Peter Johnston, has congratulated Billy O’Flaherty MBE, a founding member of Carniny Amateur and Youth FC Senior Team Secretary, who has won a prestigious award for his contribution to football in the Ballymena area.

“Billy’s contribution to football in his community has been simply outstanding, and I would like to send my congratulations on this very prestigious recognition,” the Mayor said.

“He has held several key positions on and off the pitch, and has already been honoured with an MBE for his dedication to the community.

“This latest title is one that he is hugely deserving of, and I know the local community will share in this wonderful recognition of how much Billy gives back to the area he lives in.”

The Irish FA Grassroots Football Awards recognise the incredible work and commitment of football clubs and volunteers who give up their time and make a long-lasting impact on young people and communities across Northern Ireland.