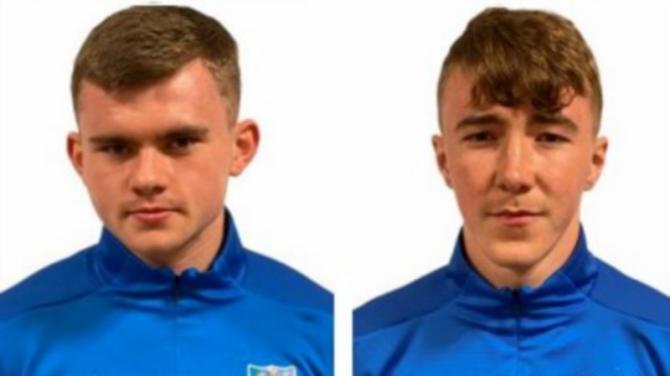 First team manager David Jeffrey is very pleased the duo have turned pro with his Showgrounds side.

“We are delighted to announce that two of our younger players, Jordan and Spencer, have agreed professional contracts with the club,” Jeffrey told Guardian Sport.

“We are trying to build for the future. Both players have been training with us since the tail end of last season.”

Jeffrey outlined United are preparing them for next season and seasons beyond.

“They are both very talented players. Jordan is an excellent defender - at right back or centre back and is very strong and very steady. Spencer can play up top, or middle of the park, play wide or No. 10. There is a fair degree of flexibility there. They are two very good young footballers and I am delighted,” said Jeffrey.

The United boss heaped praise on his assistant coach, Bryan McLoughlin, and Thomas McDonald and Nathan McConnell, the head coaches for the Ballymena United Development team.

They have been working closely with the United senior team during Covid and have brought young McMullan and Beattie, and others, into the senior set up.

McMullan, who turns 18 next month, has came up through the United Youth Academy since the age of six!

Beattie, who was 19 in January, was on the subs bench against Larne in the Premiership clash at the Showgrounds at the weekend - and again against Glentoran at the Oval on Tuesday night.