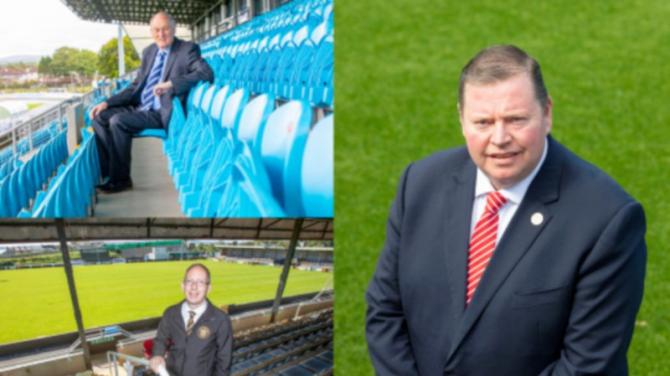 Ballymena United, Carrick Rangers and Larne FC joined forces with Council in 2020 to launch the ‘MEA United’ funding campaign, aimed at securing up to £25m of much-needed investment in local facilities which sit at the heart of their communities and touch some 200,000 people in the Borough every year.

The group has called for the Northern Ireland Executive to take urgent action to tackle years of underinvestment in Irish League grounds, and for Ministers to give a commitment that money will be ring-fenced for safety and improvement works on football stadia.

MEA United has invited Minister for Communities Deirdre Hargey to meet with them and hear their collective vision to transform football in Mid and East Antrim, and across Northern Ireland.

Almost a decade ago, the Northern Ireland Executive allocated £36m for a sub-regional stadia funding programme.

Following the return of power-sharing at Stormont in January 2020, the Executive stated its intention to complete the programme, which included plans to upgrade Irish League venues, as well as Casement Park in Belfast.

Last week, it was announced by Finance Minister Conor Murphy that £20m of public money was being allocated to Casement Park within next year’s budget.

Today, it has been reported that redeveloping Casement Park will cost £40m more than estimated over the next four years.

It has been forecast that the total cost to the Executive for the stadium could rise to £102m.

At a meeting of MEA United, members said it was critical all sports grounds, including football stadia, receive funding packages that are equal and match the needs of the community.

MEA member and owner of Larne FC, Kenny Bruce MBE, said: "Proper funding of our football stadia throughout Northern Ireland is long overdue, and while I welcome all investment in sport here, football cannot be treated like the poor relation.

"My club and those of my colleagues at Ballymena and Carrick, are integral parts of our community. Yes, we are proud to represent our areas and put our towns on the map with our work on the field, but just as important is the work, initiatives and interventions that go on off the pitch.

"Outside of Covid and the huge challenges we currently face, our game is in an excellent place.

"The standard of play is exceptional, we have got ourselves organised and the fans are really behind our vision to build on this and take it much, much further.

"In order to stay on that path and deliver on our plans, we need proper investment from Stormont in our sport and to right the wrong that is the major underinvestment in our facilities for decades."

The MEA United taskforce is working to fully support the Premiership trio in their collective vision to transform the Ballymena Showgrounds, Taylors Avenue in Carrickfergus and Inver Park in Larne.

All three clubs recently submitted their responses to a Department for Communities evidence-gathering survey on sub-regional stadia facilities in Northern Ireland, which aimed to identify strategic priorities for the development of football.

MEA United is currently finalising its strategic action plan, setting out its vision for football in Mid and East Antrim through the redevelopment of stadia in the Borough.