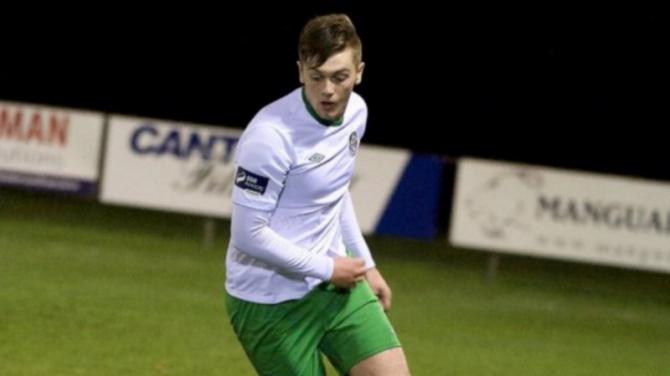 The six-foot-five centre half joins after four years with Cabinteely FC in the League of Ireland First Division where he was club captain.

He previously progressed through the ranks at Shelbourne.

In the Ballymena United website it says 23-year-old Keeley joins the Showgrounnds side on a two-and-a-half year contract.

United manager David Jeffrey moved quickly to fill the gap left by the recent departure of Ciaran Kelly, back to Bohemians.

“We're delighted to announce the signing of Conor. He is a young fella who came to our attention through our established contacts in the League of Ireland, and has come well recommended to ourselves,” outlined Jeffrey on the webside.

“We've watched him this season and are delighted that although he has had several other options down south he sees us as the best next step in his career.

“Obviously without doubt the very positive experience that was had by Ciaran (Kelly) was also an influence there, and when we knew that Ciaran wouldn't be staying it was vitally important that we remained strong in that area of the pitch. Once the final clearance is through we look forward to Conor coming in and are sure that he will meet both his and our expectations.”