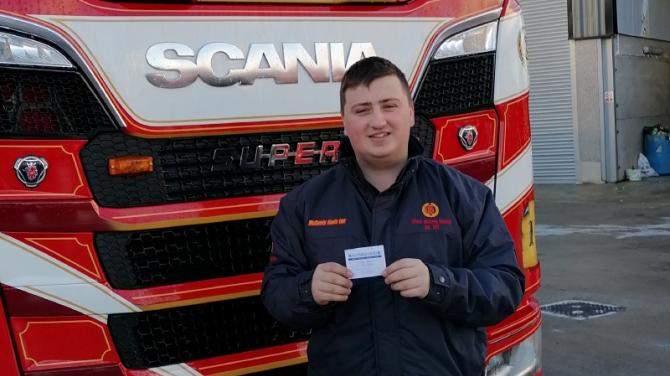 WITHOUT doubt Alice Campbell (A7046) can consider it was a great move to join Sports Bond in late summer of 2020.

Alice joined through canvassing when her new estate of Adair Manor was chosen.In December she was a £50 major winner and this week she won her second £50.Alice is a member on the agency of Alex Beverland who has started the New year in Style.

Also enjoying his second £50 major win was Billy Beattie (A8464)of Brookfield gardens in Ahoghill.Billy is a member of Maurice Anderson’s agency and we believe Billy has also had a couple of £10 minor wins.Another person who is very pleased with his success in the last few years.

Make a new year resolution and join Sports Bond on 07831 803970 and you might enjoy the success that Alice and Billy have enjoyed.

Sports Bond and Ballymena United were deeply saddened to learn of the passing of Alan Henry after a short Illness.

Alan was a steadfast sky blue supporter over the years and once worked in the old BUFC social club.

He was also a Sports Bond agent and ran a successful agency when he was manager of the Fairhill bar in Ahoghill.

In latter years he was a member of Margaret Downey’ s agency.

We extend our deepest sympathy to his wife Noelene and Amber,J ordan and Brad. Alan will be missed greatly by his many friends in Sport.

We extend our best wishes for a speedy recovery to two of our finest lady sports Bond members. Liz Craig had a nasty fall and spent since Christmas Eve in Hospital. She continues to be in good spirits after surgery and hopefully will be back in Broughshane soon.

Also recently in hospital was Lynn Montgomery but we are delighted that Lynn is now home and being looked after by husband Eric.We send Lynn our best wishes for a continued recovery to full health.

This year Sports Bond is the Player Sponsor of Ross Redman and we were thrilled to learn that Ross was chosen as the Danske Player of the Month for December.