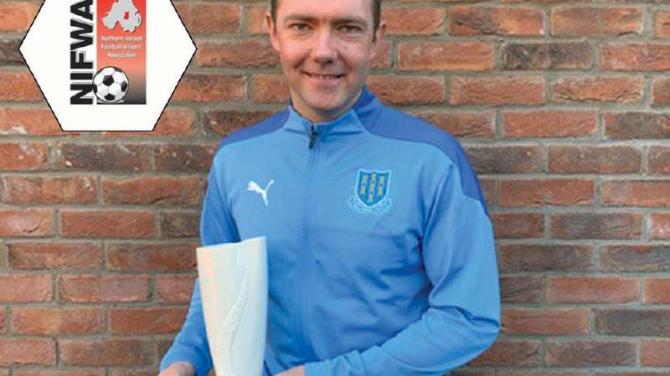 BALLYMENA United’s Ross Redman is the NIFWA Player of the Month for December.

The 31-year-old left back last won the award with Portadown back in December 2012.

Former Glentoran defender Redman has had a new lease of life since joining the Sky Blues.

Redman thanks the Football Writers’ and their sponsors, Danske Bank, for the award.

The wing back thanks United boss David Jeffrey for giving him the chance to play for Ballymena.

United manager Jeffrey thrives in giving players, who have not fitted in at other clubs, or who have lost their place, the opportunity to shine for the Showgrounds side.

And Redman has seized the opportunity and his top peformances during last month have been rewarded.

Jimmy Callacher, from Linfield, was runner-up in the monthly award and Larne’s Fuad Sule was third.