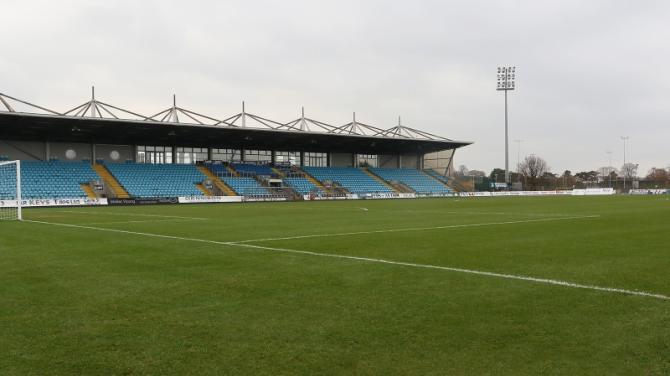 A working group set up by Mid and East Antrim Borough Council (MEABC) as part of its joint campaign with three Irish Premiership clubs to seek £25million in funding for the development of football stadia in the borough, will hear from the Irish Football Association (IFA) when it meets later this month.

The first meeting of the MEAUnited Elected Member Working Group has been scheduled for January 21, with club chairmen from Ballymena United, Carrick Rangers and Larne FC, also represented.

The clubs joined forces with MEABC last year and since then the joint bid to the Department for Communities has gained momentum.

With the campaign continuing to gain momentum, Council Chief Executive, Anne Donaghy OBE, met Chairman of the IFA, Stephen Martin, and shared with him first hand the vision of MEA United.

Further engagement has also taken place with the football body’s Chief Operating Officer to understand better their priorities and to ensure that the developments being progressed, particularly in relation to Ballymena Showgrounds, continue to align to regional strategies and the IFA.

As the push for first class facilities throughout Mid and East Antrim moves ahead in 2021, Council has also written to the Communities Minister, Caral Ní Chuilín, inviting her to see at first hand the work of our local football clubs and the potential to develop Ballymena Showgrounds as a key sub-regional facility.

Mayor of Mid and East Antrim, Councillor Peter Johnston, welcomed the progress made to date in the MEAUnited initiative.

“The opportunity to enhance facilities and bring them up to a higher standard will ensure the health and safety of users and assist in creating facilities which increase and enhance community participation and involvement.

“This will ultimately contribute to individual and community health and wellbeing and it is very encouraging to see other clubs in Northern Ireland have now called on their councils to do the same.

“The first meeting of the Elected Member Working Group is a welcome and positive start to 2021 and I look forward to seeing how we can collectively work with the three local clubs to secure the much needed funding.”