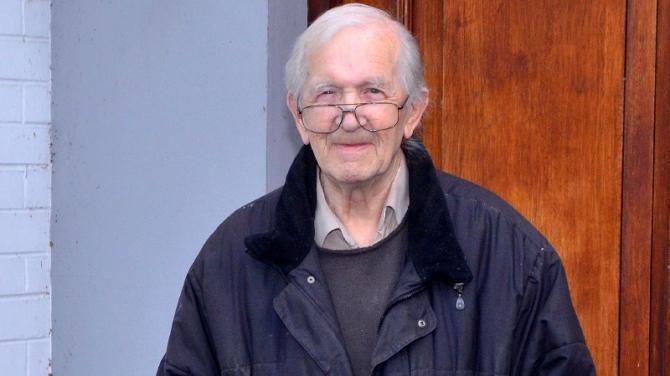 The former Production Manager at Gallahers says it will be a quiet occasion - thanks to Covid-19.

Prior to that he spent 21 years as United Treasurer.

He lived for Ballymena United.

Speaking to Guardian Sport this week Ken said he loved his time at the club.

It was through a chat at work that Ken first got involved with United.

“Jimmy Rock, who was on the United Board, used to work at Gallahers and any time we met up football was top of our agenda,” outlined Ken.

“On one occasion he told me there was a place available on the Board and suggested I put my name forward. As it happened I did and at the meeting in Ballymena Town Hall I was accepted.”

Prior to getting on to the United Board Ken recalled he once had a trial for the Sky Blues!

“Yes,” he laughed. “Myself, Billy Kennedy and Hubert Barr went along with the hope of getting selected.

“Needless to say myself and Billy were not asked back! But Hubert was.”

Another item which sticks in Ken’s mind was a United Cup final which went to penalties!

“I could not bear to watch,” he recalled. “So I went behind the stand and got my colleague Ken Barr to relay to me how the shoot-out was going.”

And Ken concluded by saying Ballymena United gave him “a lot of pleasure over the years.”

“One of my favourite memories was when Ballymena United won the Ulster Cup at New Grosvenor. They really played some outstanding football that day.”