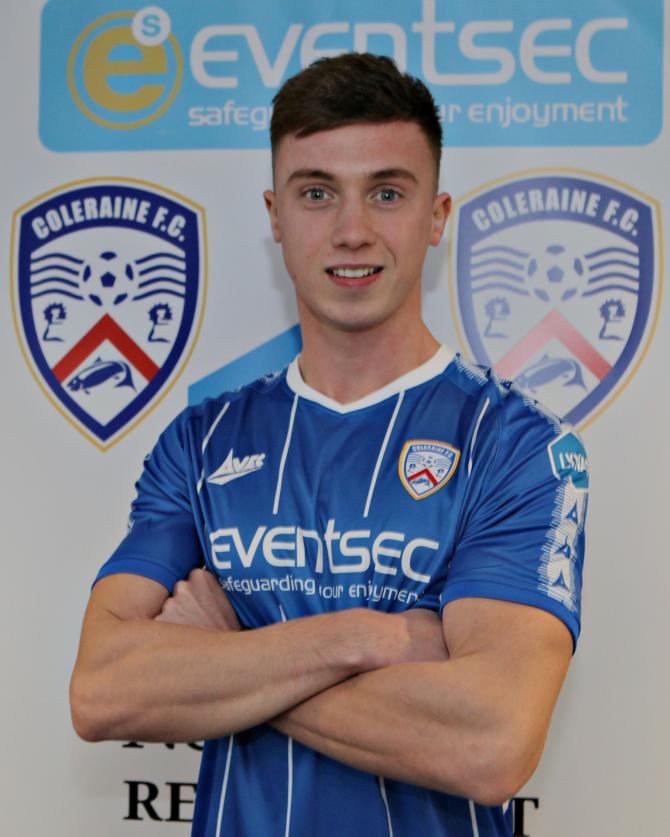 STRIKER Matthew Shevlin admits he can't wait to get started with his new club after signing a two and a half year contract with Coleraine.

The 22-year-old was unveiled as the Bannsiders' first signing of the January transfer window on Tuesday and hopes to feature against Carrick Rangers this Saturday.

“I couldn't be more excited to get started,” said the former Ballymena Utd and Linfield front man.

“I had a period of not playing as much as I would like when the opportunity came of coming to Coleraine and playing under Oran came about.

“I'm very excited to get going and to play more games,” he added.

Despite his relative youth, Shevlin has played over 120 games in the top division of the Irish League since making his debut with his home town club aged 15.

But having not played as regularly as he would have liked in recent seasons he is determined to make up for lost time.

“I came on the scene quite early in the Irish League and I've played quite a few games but staggered a bit over the past couple of seasons,” he conceded.

“I just want to get going now and play a lot of games and enjoy my football again.

“I think the type of striker I am will differentiate me from the others so maybe that will give me an opportunity of playing.

“Learning from them in training will also help me and also, hopefully, the team.”

His new boss believes Shevlin's arrival will boost the squad ahead of what promises to be a busy New Year.

“We always like to get business done early, especially in this window because of the way the league is this year,” said the Ballymoney schoolteacher.

“We've only played 10-11 games and possibly looking at seven games in January.

“Last year, we signed Curtis and Stewart at the end of January; if that was to happen this time they'd miss seven games.

“The ability to get players in early is great and we hope Matthew is available for Saturday.

“Before he signed for Linfield we tried then to see if he would come in this direction then.

“He chose Linfield then but we're delighted to get him now with that wee bit more experience behind him and he's raring to go.”

All being well, Matthew Shevlin, who will wear the number 26 shirt, should be available for selection for Saturday's Danske Bank Premiership game against Carrick Rangers at the Coleraine Showgrounds.