Smiles all round for Gary as NI Women's team makes history 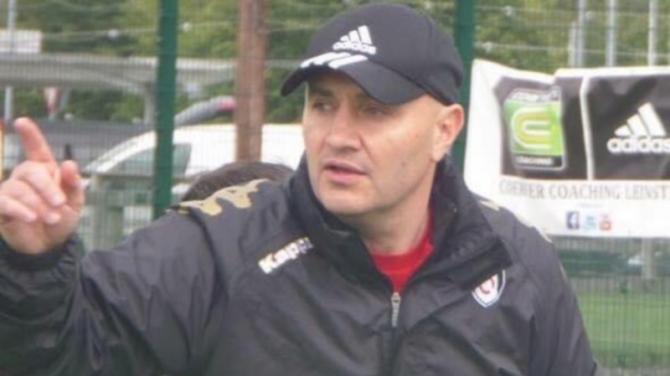 GARY Boyd says it is “nothing short of remarkable” that the Northern Ireland Women’s Senior International football team has qualified for the Euro 2022 play-offs!

The Cloughmills man is part of the backroom team which had helped manager Kenny Shiels guide the side to their possible history making qualification.

“You can see through the rankings we are way outside all the other national team qualifiers and potential qualifiers,” Boyd, a Community Sports Development Officer with Mid and East Antrim Council, told Guardian Sport.

“The NI Senior Women’s International team had only won one game in the last five years, so to win four in a row demonstrates how far we have come.”

Boyd said the whole camp is delighted with their progress to date - but was quick to stress they are still very much focused on the job still in hand.

“We are a very tight knit group. Kenny (Shiels) calls us a family and its very much like that type of environment.,” he said.

“The players comment on how relaxed it is but also how concentrated and determined everyone is,” he said.

Boyd, an assistant coach along with Shiels’ son Dean, worked under the NI Women’s boss at a County Excellence Coach for the IFA 12 years ago.

“We have always shared a vision on how the game should be played and also how it is coached,” Boyd told Guardian Sport.

“When appointed Manager of the NI Women’s Senior International Team, Kenny asked me to come in as part of his back room staff to assist in the delivery of his methodology and playing style.”

Boyd praised the very good delegation skills of manager Shiels - “We all have an input to how we set up, team selection and analysis of the next opponents. Damian McCarry, our Video Analyst, does an excellent job of providing us with videos and data relating to the opposition,” he outlined.

The local man also puts together a “snapshot report” on the opposition for he players.

“We can provide them with a foresight of how the opposition play and why we have designed our coaching sessions to maximise our opportunity to win the game,” he said.

“We only get the opportunity to get all the players together for our camps five or six times a year,” explained Boyd.

“Fortunately we have the domestic players in weekly during their season and three times a week in off season. The local clubs have been brilliant in working with us and played a terrific role in the development of these players and the women’s game in general, all in a voluntary capacity. Our hats are off to the hard work they have put in over many years.”

Boyd says they empower the players to go out and express themselves and play without fear.

“They have taken that responsibility and responded magnificently. They are a credit to their country, clubs, families and themselves. We are all so proud of each and everyone of them,” he said.

* NI Women’s side were seeded fourth in their Group.

They beat third seeds Belarus home and away and had two draws with second seeds Wales, who are 19 places above them in World rankings!

At the start of the qualifiers the Women were beaten by Norway, who are the sixth best team in Europe. Ranked 55th in the World it is a stunning feat for Shiels’ side to have booked their place in the play-offs.

Wales (34th), Republic of Ireland (31st) and Scotland (21st) all failed in their bid to do so. A two-legged Play-Off next April against a team at least 20 places above them in the World rankings will be an extremely tough proposition - but with Shiels and co. in charge and a determined, hard working squad behind them ........ who knows what could happen!