'United will rise to the semi-final challenge' - Chairman Taggart 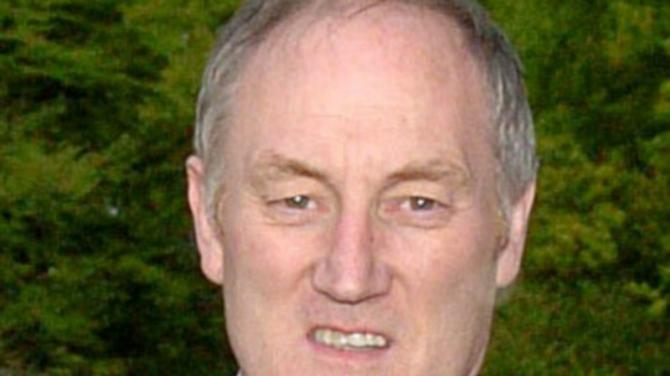 JOHN Taggart believes Ballymena United will rise to the challenge and book their place in the Irish Cup final!

The United Chairman knows Coleraine stand in their way on Monday, July 27, - “Can we win it? Of course we can, but it will be a big challenge.

“But in a Cup semi final whoever makes the least mistakes, or takes the half chances will be playing in the Friday, July 31, final,” declared the Chairman.

Mr. Taggart said he knows it will a ‘derby’ like no other ‘derby!’

The Cup tie will be played behind closed doors - thanks to Covid-19.

“It is certainly going to be different,” the Chairman told Guardian Sport.

“The teams will arrive at the National Stadium, Windsor Park, with a total of 36 personnel - 20 players, 10 backroom staff, five Board members/Committee members and their appointed Covid Officer.

“Those not involved in the game will be required to wear masks.”

The United Chairman said this Irish Cup semi, played in front of an empty stadium, - “is local football, 2020.”

“Who would have ever imagined playing a Cup semi on a Monday afternoon,” said Mr. Taggart.

“Irish Cup semi finals are usually played in front of vociferous, optimistic crowds hoping that this just might be their year.”

Warm up match with Homers

The Chairman said United had a warm-up match at the weekend against Harryville Homers in similar behind closed doors conditions as they will experience on Monday, July, 27.

“It was surreal to say the least with officials of both clubs and subs only in the home stand - and that was it,” said the Chairman.

“The last time we played an Irish Cup semi final was against Queen’s University at the Oval with a noisy Sky Blue support in attendance.”

He continued - “As a club Ballymena United FC is very fortunate to have such committed supporters in great number who are often the 12th man giving a lift to the players on the field.

“Average League game attendance for the season just finished was a creditable 1,333.

“I have no doubt that we will miss that support in the semi final on July 27. Thankfully the game is being televised and whilst it will not be the same at least supporters of both clubs will be able to see the game live on tv.”

“However Cup football is all about who gets it right on the day. Usually these games are played when the season is heading towards its conclusion and players are at the peak of fitness. This time it's going to be different as players will not have the same levels of either match fitness nor sharpness,” he said.

“It will be very much a different game from the usual derby fixture v Coleraine, very much a game I'm looking forward to like every other Ballymena United supporter.”