Contract extensions for Jeffrey and McLoughlin 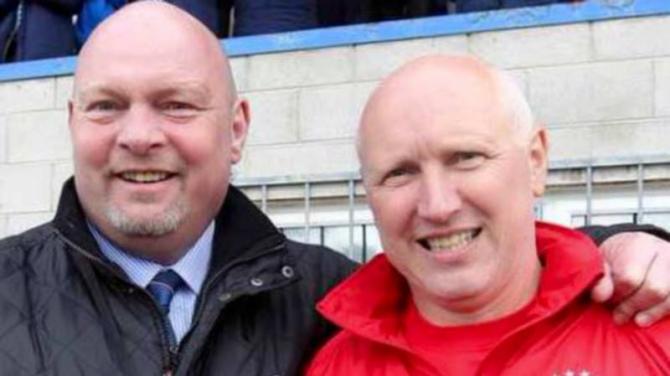 DAVID Jeffrey and Bryan McLoughlin have both agreed two-year extensions to their current deals that will take them up to the 2022/23 season.

News was posted on to the Ballymena United website late last night (Monday).

Jeffrey and his assistant McLoughlin recently took charge of their 200th game with the Sky Blues.

Chairman John Taggart shared the news with the club website.

“What they have achieved to date has exceeded expectations and now we can look forward to further success in the years to come,” said Mr. Taggart.

“At a time where football has quite rightly taken a back seat, clubs nonetheless still must continue to meet financial obligations minus their usual sources of income.

“The strong financial footing that the club is currently in is in no small way attributable to the achievements of David and Bryan through their success over the last four years.

“Unprecedented successive top six Premiership finishes, three European ties, our first senior Trophy in nearly 30 years and our highest league position in almost 40 years - it's not hard to see why we were keen to secure the services of two men who would otherwise certainly be sought after elsewhere."

Jeffrey said the extensions had been a story in waiting - “simply because given all that is going on currently there hasn't really been an appropriate time for it to be revealed.

“However, now it is in public it is lovely to be able to confirm we have agreed to a two-year extension and are very much delighted to do so,” he said.

McLoughlin said they take a significantly high level of pride in their work, “and this is a great club and a place to match that.”

“We want to represent the good people of Ballymena and do the town proud - through good times and bad we've never had as much as a thought of going anywhere else,” he said.