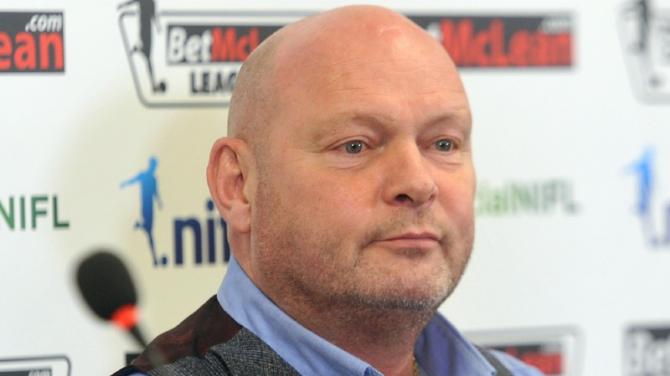 The Ballymena United boss said calm heads and putting trust in God will be major pluses in these days of trouble.

“Our overwhelming priority is the safety and well being of the general community,” he told Guardian Sport.

“We must take care of our things. We must keep calm and carry on. Rely on God’s strength and encouragement. God is in control.”

Jeffrey reflected on the miserable season United have had - and then put things into perspective by talking about the real problem currently afflicting the World at present.

The coronavirus has knocked sport for six.

On the local front it has seen the Danske Bank Premiership put on hold until at least April 30.

The way things are going it could well be months before a ball is kicked again in earnest.

United manager Jeffrey called for the less well off clubs in the Leagues to be looked after in this time of trouble.

Regarding his own club Jeffrey said he has been in constant contact with United Chairman, John Taggart, monitoring the situation.

“Everything is very fluid, information and guidance is fast changing,” he said.

Jeffrey said there are some “very, very simple principles” which should be followed.

“Our overwhelming priority is the safety and well being of the general community,” he declared.

“We must take care of our things. We must keep calm and carry on. Rely on God’s strength and encouragement. God is in control and we need to be wise at this time.”

He agreed that football is extremely important to supporters, the community and players - but made it clear priorities, and guidelines, must be adhered to by all.

Jeffery told Guardian Sport that when the news came that the Premiership and the other Leagues were being halted because of the virus, he talked with his players regarding their way forward.

“We could not meet together as a group. So we organised for Julie Alexander to put individual training programmes together.

“And David Douglas organised for the players to get their GPS trackers so that training could be monitored,” said Jeffrey.

“We wanted to support the players keeping up their fitness to make sure that the club is ready if the football season commences again.”

The manager emphasised again that it is all about looking after “the folk, families and the community.”

And he said United were getting good advice from club Doctor, Brian Patterson.

The Showgrounds boss admitted that this has been his most challenging season to date - but the problems fade into insignificance when put into perspective alongside the current coronavirus crisis.

The Sky Blues had a brilliant season last time round, finishing runners-up in the Premiership behind Linfield.

This season they sit 10th in the table.

Their last action was back on March 7, a 2-0 home defeat by title chasing Coleraine.

Jeffrey said the club and players must make sure that what they do does not affect anyone else inadvertently.

“Rely on God’s strength and trust in him. We will get through this,” he said, adding that from now on “Covid19 now takes priority.”