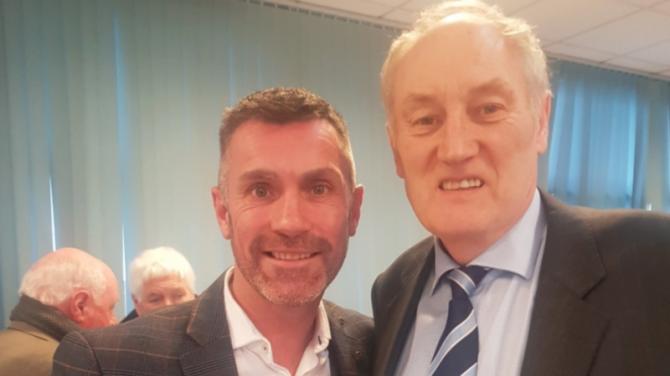 And although special guests on Saturday they still paid for their table in the Des Allen Suite!

MC Edwin McLaughlin paid tribute to this very sporting gesture and thanked all at Paramount SC for their support over the years.

Keith admits to gambling away over £7 million and told how he had tackled the problem.

And he warned young players “not to do what I did” as he discussed his new role as a football agent, outlining that as he had been through many problems himself he was in a better place to tell young players how to tackle and avoid having similar trouble themselves.