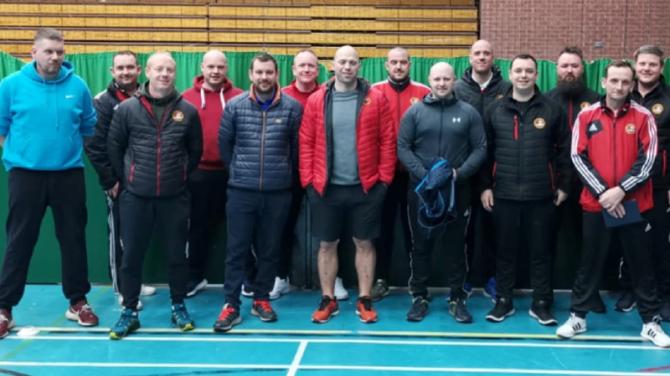 THE U13s and 14s both enjoyed wins in the South Belfast youth league whilst there were defeats for the older 15s, 16s and 17s.

Whilst the children from the clubs 2012 and 2013 age groups enjoyed a day at the IFA FUTSAL competition they can now look forward to the renowned FOOTBALL DEVELOPMENT CENTRE the club runs from this Saturday 1st February starting at 11am at St Louis Grammar School for the clubs youngest age groups.

2013 Carniny Colts v Ballymena Youth 2012s - This young side continue to impress against older opposition and each week they seem to get better and better.

Harry Nichol, Conor Bell and Sofia Scullion are always solid at the back. Will Connaughty, Caleb Scullion and Ryan Black are the engine in the team whilst Riley Fry led the line in attack scoring quite a few goals.

The sides played 4 group games and then two semi-finals.

Youth lost their semi-final but Amateurs won theirs and went on to win the final. Player of the tournament was Jake McCosh who scored 4 goals.

U13 SBYL Carniny AYFC 10 Aquinas Star 1 - Kyal Rainey came in from the right to score 1-0 after 14 mins. Callum King was upended, Charly Gregg converted the penalty 2-0.

Continued pressure saw Robinson make it three with a super strike and Gregg got his second.

On 29 mins Billy Wylie hit a super shot from outside the box making it 5-0 at half time.

The second half saw Carniny make three substitutions but kept up the same intensity. Callum King quickly scored two making it 7-0 before Aquinas managed to pull one back.

J Robinson got another 8-1. In the final 10 mins M Turtle pounced on a rebound from a J Campbell shot to make it 9-1 and then got his second.

Before half time Carniny added a third through Sam Bell.

The popular event organised by the Irish Football Association will resume on the 21st/22nd February, 2020 at Ballymena Showgrounds although prior to that the IFA FUTSAL programme will take place at Ballymena North Centre and Wellington Church commencing on the 11th January with the 2012 age group.