Jim chalks up his 250th appearance 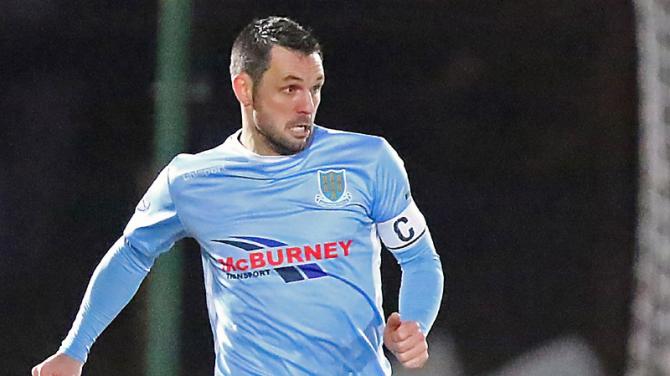 BALLYMENA United captain Jim Ervin notched up his 250th appearance for the Sky Blues at the weekend.

The former Linfield full-back turned in another perfect performance in the Sadler’s Peaky Blinder Irish Cup fifth round tie with Crumlin Star.

Ervin has been United’s most consistent player this season.

Even when things were not going Ballymena’s way Ervin was giving his all.

United manager David Jeffrey said he is “immensely, immensely proud” of his skipper.

“He is our leader, our captain and our example,” declared Jeffrey.

“I never thought I would get the opportunity to work with him again when he left Linfield. At that stage he felt it was time to move on.”

“For me he has been our most consistent player this season. In a difficult year he has stood out and he is an example to all and I am so proud of him,” said Jeffrey.

Ervin was delighted with the weekend Irish Cup tie win over Crumlin Star - to book their sixth round clash away to Warrenpoint Town on Saturday, Febraury 1.