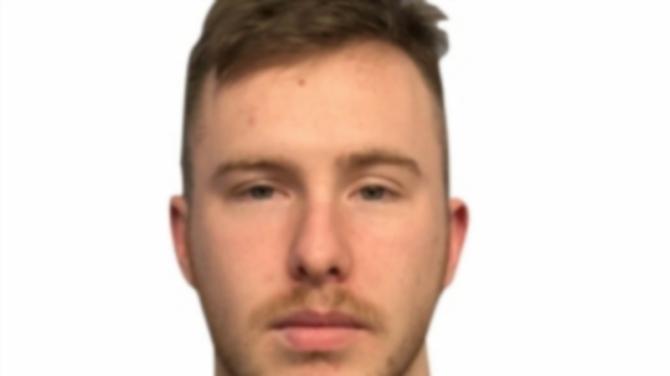 BALLYMENA United are appealing the sending off of ‘keeper Jordan Williamson in the Boxing Day ‘derby’.

The stopper was dismissed in the 64th minute after Referee Jamie Robinson adjudged Williamson had blocked Eoin Bradley’s effort with his hand outside the box.

But Williamson says he blocked the effort with his chest.

United manager David Jeffrey said they are appealing the decision.

Speaking after the 2-0 derby defeat Ballymena boss Jeffrey made it clear that Williamson should not have been sent off.

“It is not a sending off. Not by any stretch,” declared Jeffrey.

The manager said the dismissal of Williamson made a massive difference.

“We came out in the second half and put Coleraine under a considerable amount of pressure,” he said.

“And that (the sending off) just changes the whole complexity of the game.”

And he added that the difference was when an opportunity arose Coleraine were clinical.

“You have to admire that and say well done. But I said to the players you have created as many chances, you have played some really decent football. Keep going, keep believing,” he said.

“But you have absolutely no chance when decisions like that go against you.”

Jeffrey said United will have to regroup and prepare for Saturday’s trip to the Oval to play Glentoran (3pm).

Glens are in brilliant form, having scored a 3-0 home win over Linfield on Boxing Day.

United could welcome back striker Cathair Friel, who missed the Boxing Day defeat by Coleraine, due to being at hospital with his partner Shannon, who has since given birth to a baby daughter, Ella.

Last time United and the Glens met was back on October 25 at the Oval, with the home side winning 3-1.

And back on August 24 at the Showgrounds United lost 2-1 in the League.

United will be without young defender Kofi Balmer for the trip to the Oval.

He picked up an ankle injury in the warm-up at Coleraine on Boxing Day and after a hospital visit left the Ballycastle Road in crutches.

Prior to the Coleraine defeat United had put together three wins in a row - 1-0 away to Crusaders at Seaview; 3-2 at home to Dungannon Swifs and 2-1 at home to Glenavon.

After Saturday’s game with Glentoran United have a home clash with their other derby side - Larne - at the Showgrounds on New Year’s Day (3pm).

Ballymena beat Larne 4-2 at Inver Park back on August 17, in what was the second League encounter of the new campaign.

And on Saturday, January 4, United are involved in the fifth round of the Sadler’s Peaky Blinders Irish Cup, with a home game against Crumlin Star (3pm).

Clocks go back this weekend