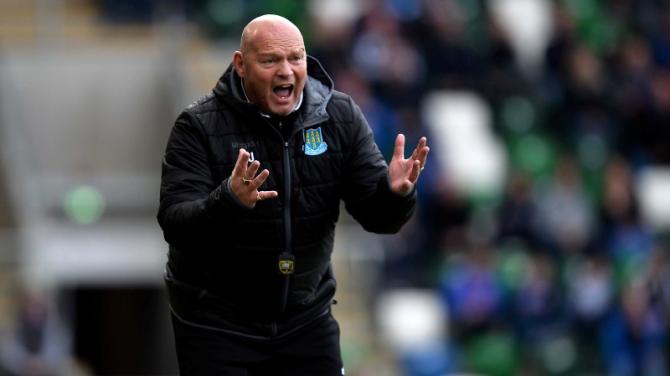 DAVID Jeffrey requires a positive response from his side in tonight’s (Tuesday) BetMcLean League Cup clash with Crusaders at the Showgrounds (7.45pm).

For Ballymena United let themselves, and the good turnout of travelling fans, down badly on Friday night against Glentoran at The Oval, losing 3-1 without much of a fight.

It was unlike United to turn in such a lack lustre display, but that is exactly what they did.

And the defeat saw the Glens go SEVEN points ahead of Ballymena in the Premiership.

Tonight (Tuesday) United get a break from the Premiership - said by Jeffrey to be the tightest in many years - and focus on the visit of Crusaders in the quarter-final of the BetMcLean League Cup.

The sides have met twice this term - a 1-1 League draw at the Showgrounds and an eventual 3-2 penalty success for United over Crues at Ballymena in the Toals County Antrim Shield.