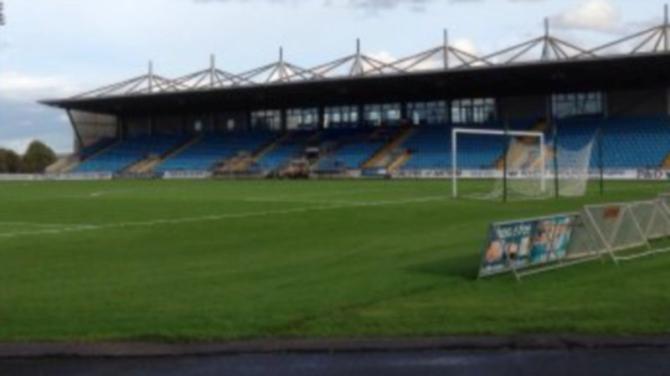 And there is the opportunity to watch three of United’s most recent ‘Ulster Scots’, Allan Jenkins, Gary McCutcheon and Kevin Kelbie.

The Showgrounds main arena will open at 11am for a family fun day with bouncy castles, face painting, balloon modelling, football games, and more taking place up until 2pm.

Entry on the day will be a suggested £5 donation, with kids going free.

The Showgrounds pitch will then be cleared for the main event - the United XI v United Legends.

The match will be started by possibly the greatest legend of them all - Eddie Russell.

He is the joint record appearance holder (559); and he will perform a ceremonial kick off.

The day will conclude with an after match buffet in the Des Allen Suite.

There will be the opportunity to meet and greet generations of legends all in the same room at the same time.

Tickets for the buffet are priced £10 and can be purchased from Stirling Trophies, Queen Street, Ballymena, or can be reserved by contacting the Ballymena United official Facebook and Twitter pages.

Tickets are limited but any remaining will be sold on the day.

The UNITED Community Fun Day was the idea of a couple of Management Committee members.

As soon as it was proposed the Ballymena United Board and Sky Blues manager David Jeffrey immediaely gave their full support to the fund raising venture.

Full credit to Mark Carlisle and the event Organising Committe for tracking down the former players and getting them signed up for the day.

“Credit should go to Mark and the Wrights employees for pulling together the Legends squad,” said a United spokesman.

The event was created as a response to recent struggles in the local community in terms of employability, suicide rates amongst young men and individuals and families that are going through tough times.

“As a football club we don’t have the answers, but as a community club we can provide that space for people to come together and support each other and try to put on some fun and entertainment along the way,” said a United spokesman.

Proceeds from the day will go to Turning Point NI, the Community Rescue Service, and Antrim Hospital Neo Natal Unit.

As part of the fundraising effort, Legend Player Sponsorship opportunities are available through a ‘Blind Auction’, where interested supporters or businesses place a bid on a player to sponsor, without knowing how much has been bid from elsewhere.

The sponsorship will go to the charities and the sponsor will get a ticket to the after match buffet at which they will have their shirt presented to them.

If you are interested in placing a bid for player sponsorship you can send your name, number and the player you are bidding to sponsor, along with your bid amount to 07720593419, or via facebook or twitter messaging to the official Ballymena United accounts.

Special thank you goes to RGM Financial Services, McIlrath Solicitors, McBurney Transport, Mid and East Antrim Council and Policing and Community Safety Partnership, Wrightbus Employees Reps, Unite Union and Caulfield and Dorrity for their support in kind and financial contributions to ensure this day can happen.