Cup final may tempt Stephen to get nostalgic! 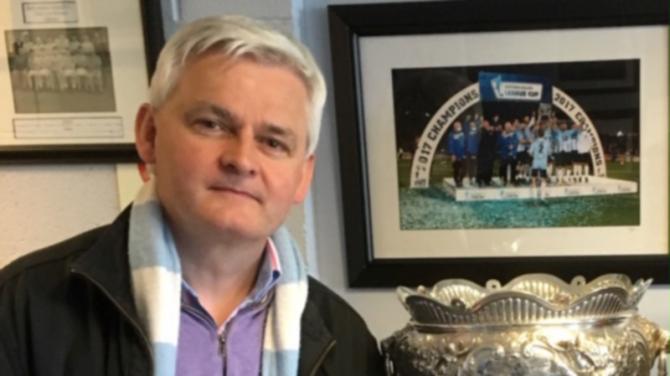 WHEN Ballymena United take on Linfield at Windsor Park at the Bet McLean League Cup Final I might be tempted to get a bit nostalgic.

My first experience of a cup final as a Ballymena United supporter was against Linfield back in 1978.

It was the Irish Cup showpiece at the Oval and Linfield as the in form team were the clear favourites.

I was 12 years of age and can remember the build up to the match.

I was very excited and can remember the day very well. There was so much at stake.

United had experienced a difficult season in the league and the cup final was a chance to put some gloss on a depressing sequence of results.

The Blues had just secured the GIbson Cup and the bookies seemed certain that the double was on the cards.

I can remember the noise and size of the crowd.

It was the best atmosphere I had ever experienced at an Irish League ground and I felt I was watching something special. I can remember the United fans were outnumbered but they sang and cheered like it didn’t matter.

Linfield had the better of the first half. Peter Dornan produced the first goal and then Ballymena man John Garrett playing for the Blues doubled the lead.

I remember feeling so disappointed at half time and desperately hoped the second half would see a Sky Blue turnaround. It was not to be.

Linfield ran out 3-1 winners and my big day out did not end on a high. I am often reminded of that game.

Peter Dornan is a neighbour of mine and last week we chatted about that day and his opening goal.

There are parallels between 2019 and that cup final season.

Back then, work was being done on the Showgrounds pitch which meant that it would be some months before United players got to display their skills on home turf.

Does that sound familiar ?

Also like today, Linfield were flying high in the league and were the team to beat.

Their recent form and the advantage of having a home venue mean that the Blues are the bookies favourites.

However, let’s not be pessimistic. When I set off for Windsor Park on cup final day I will try and recall how I felt as a 12 year old at the Oval.

The anticipation, the noise and the opponents will be familiar. This time I desperately want a different ending.

He is a Political Correspondent with BBC Northern Ireland.