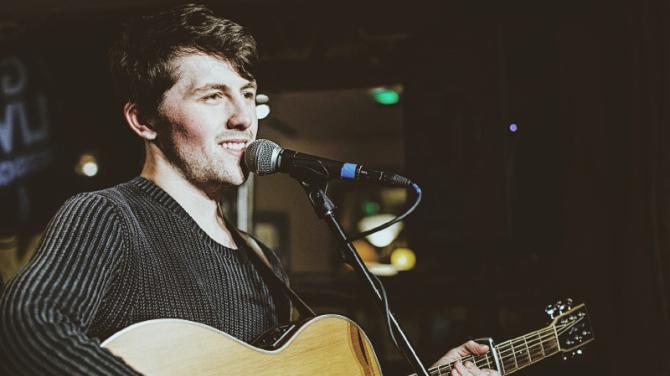 A BALLYMENA man is hitting all the right notes in London as he pursues a career in music.

Dean McCaw, from Galgorm, will graduate this Summer from the Academy of Contemporary Music in Guilford and from then the world is his oyster.

The 21-year-old makes up part of the four piece band China Bears and also does his own solo work.

Dean and the band played their first gig in The Outpost in Ballymena at the weekend.

The other three members of the band are from England but Dean said he enjoyed showing them around his hometown.

A former Cambridge House student, Dean said himself and the rest of the band have given up their part time jobs and are now focusing entirely on music.

"We are moving closer to London so we can be in the middle of everything and hopefully get our big break," Dean said.

"At the minute we are doing everything independently but we have been lucky with securing a lot of radio time recently so that has got us a lot more gigs."

The band, who are playing a few venues per week in London, hope to make it big and emulate the success of our very own Snow Patrol.

"My inspirations in the music world are Snow Patrol, Ryan McMullan and Foy Vance - all Northern Irish talent.

"I think you can clearly hear their influence through my music."

Dean's ultimate dream is to come back home one day and play to a sold out crowd in the Ulster Hall.

"If I was lucky enough for that to happen I would know I have made it.

“That would be the goal."