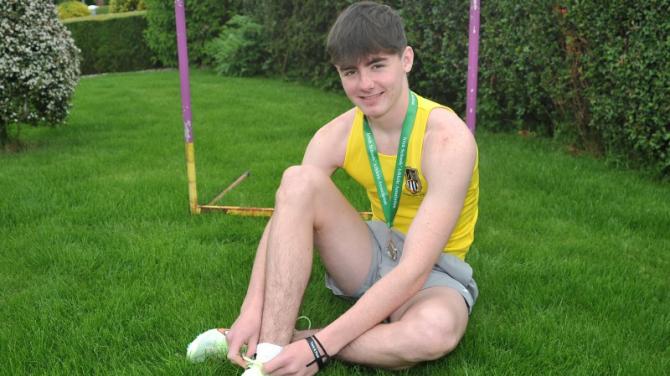 The 17-year-old races in the 400 metres hurdles keen to clock a time which will book his place in next month’s competition trip of a lifetime to Jerusalem.

The Dunclug College student knows it is make-or-break this weekend in the crucial Northern Ireland Under-20 Track and Field Championship show-down.

A couple of weeks ago the Ballymena and Antrim Athletic Club member came ever so close to making the mark and securing his spot in the European Under-18 Championships!

European standard for Irish qualification is 55 seconds for the 400 metres hurdles.

The Ballymena runner’s time that day was 55.87 seconds - just .87 of a second away from securing his place on the Ireland team.

Adam, who is coached by Dougie Thom, was in action at the weekend in the Irish Schools’ Championships in Tullamore, County Offlay.

The Year 13 pupil qualified for this meeting by winning gold in the Ulster Schools’ event.

At the weekend just past the talented teen won silver in the Senior Boys 400 metres hurdles with a PB time of 57.96 at the higher hurdle height in windy conditions.

Now he prepares himself for his last chance opportunity to qualify for a trip to Jerusalem.

Adam thanks his parents for all their input, and Mid and East Antrim Council for their continued support.