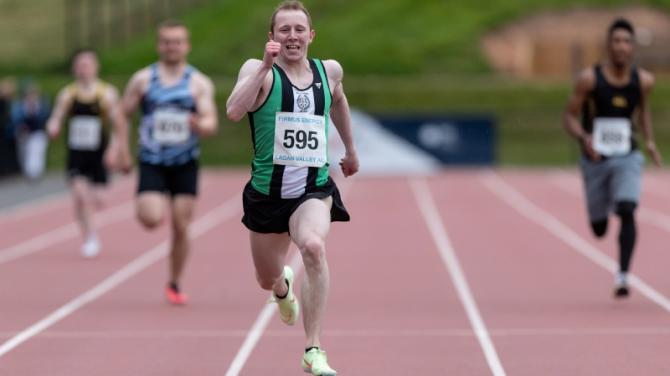 The 24-year-old clocked an impressive time of 21.72 seconds to win the Senior Men 200 metres at the Mary Peters Track in Belfast.

He was followed by East Belfast Orangegrove athletes Nathan Stewart and James Armstrong.

The series, organised by Lagan Valley Athletics Club, attracted talent from across Northern Ireland and Ireland, and welcomed a participant originally from Spain who is spending a gap year in Dundalk.

Javier Lopez Navarro produced possibly the best performance of the evening in the Under 17 Boys 200m, narrowly beating the local favourite Michael Boyera with a time of 23.14 seconds.

Aaron O’Neill, Marketing Officer at firmus energy, said following on from the first meet which saw record-breaking numbers take part, the second event welcomed over 280 competitors – an increase from the first event showing the popularity of this competition.

The highly competitive series, which is sponsored by natural gas company, firmus energy, attracts athletes from across Northern Ireland and Ireland and offers disciplines suitable for all abilities and ages.

Athletes took part in a range of track and field events including short and middle-distance running events, the high-jump, long-jump, and the shot putt.