Glenn and Eamonn compete in the Tokyo Marathon 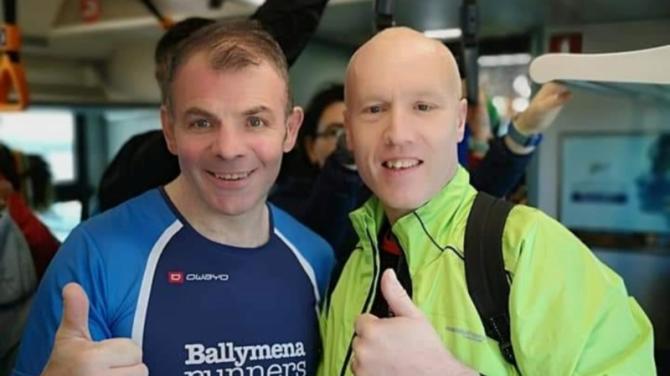 BALLYMENA Runners really do run the world as evidenced by the presence of Glenn McGall and Eamonn Loughran at Sunday's Tokyo Marathon.

The first of 2019's World Marathon Majors series, some 38,000+ athletes descended upon the Japanese capital for the event held in less than favourable conditions.

Despite this, Eamonn came home in 3:04:03 while Glenn crossed the line in 4:14:48. Eamonn now stands just one race away from claiming the coveted Six Star medal for participating in all races in the series while Glenn has now completed three out of the six.

A record number of athletes, amongst them nine from Ballymena Runners, headed to the North-West on Saturday morning for the Derry 10 Mile road race.

Starting and finishing on the track at St. Columbs Park, whilst taking in the roads of the Maiden City, the ideal weather at the start quickly changed to challenge competitors with high winds and a wet second part of the race.