£1800 for NI Hospice at Portglenone 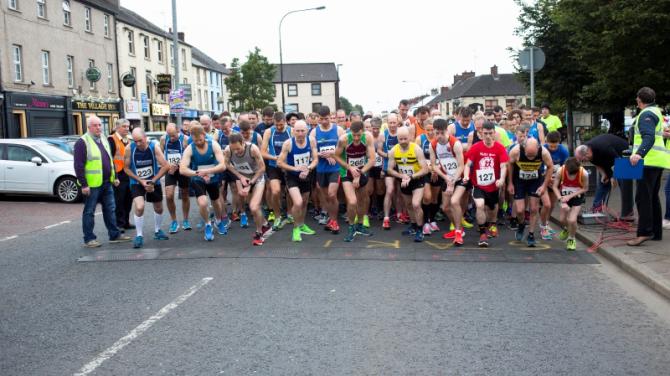 WINNER of this year’s 5k Run'n The Bann was Mark McKinstry of North Belfast Harriers with a time of 0:15:25.

The event, which is part of the annual Gig'n The Bann festival in Portglenone, raised a total of 1,800 in aid of the Northern Ireland Hospice.

There was a large turnout for the event with over 250 runners taking part.

Pauline Thom of Ballymena and Antrim Athletic Club and Paula Worthington of Ballymen Runners were the first two females to complete the course and James Turtle was first in the over 50 category.

Second to win the race was Jonny Steede of Glen Runners and third was Jarlath Hughes of Termoneeny Running Club. Charlie Curley came first in the junior under 16.

The 5k course commenced at Main Street and finished at the community centre, Gortgole Road, Portglenone.