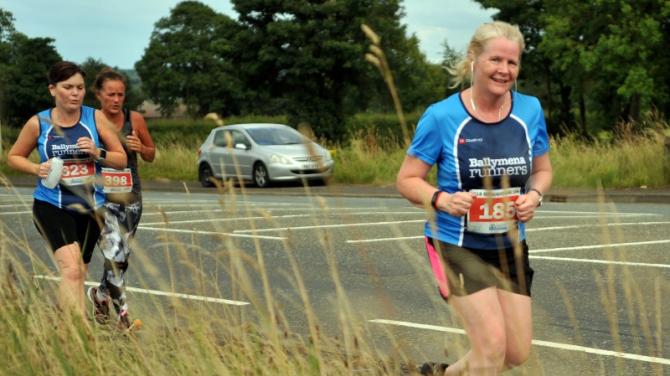 LAST Monday night runners from all over Northern Ireland descended upon Broughshane for the annual 10k and 5k road races through the village in aid of the North West Mountain Rescue team.

Now in it's fifth year, the event continues to grow in popularity with almost 500 athletes signing up including around 200 on the night which exceeded all expectations.

This presented a particular, but welcome, problem for the organisers who ran out of medals meaning that some competitors didn't receive theirs on the night.

Happily, this situation was rectified during the week when members of the organising committee personally called on those who missed out to present them with their hard earned bling at home!

Organised by the North West Mountain Rescue Team in conjunction with Broughshane & District Community Association and Ballymena Runners the event is expected to raise around £3000 this year with those funds being spent on upgrading communications and radio equipment.

Beginning at Houston's Mill, the route took runners through the heart of the village out to Eaton Park before a short trail section saw competitors emerge onto the Ballygarvey Road followed by the Knowehead Road before finishing at the Community Centre on the Knockan Road.

Mayor of Mid and East Antrim, Cllr. Lindsay Millar, was on hand to present the winners of each race with their prizes.