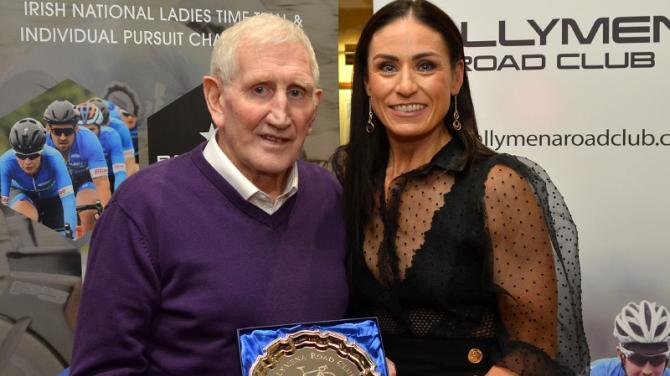 ALAN Mark has been made an Honorary Lifetime Member of Ballymena Road Club.

The honour was bestowed on Alan at last Friday night’s annual dinner and prize night which took place in the Adair Arms Hotel in Ballymena.

Alan joined club one year after it was founded in 1955. He joined with his brother Ernie and Sammy Connor

Alan achieved numerous team medals over the years, as well as travelling with and managing different teams

Alan is a past NICF and Club President.

“During my early years in the Ballymena Road Club, the club simply could not have functioned without Alan, Mary, Carol, Joan and the rest of the Mark family, who gave up countless hours of their time to the club,” pointed out Chairman, Paul Murdoch.

“‘Aul han’ as he is affectionately known by many of us, is renowned for speaking his mind and getting straight to the point.”

The Chairman said Alan is one of the stalwarts responsible for putting BRC where it is today.