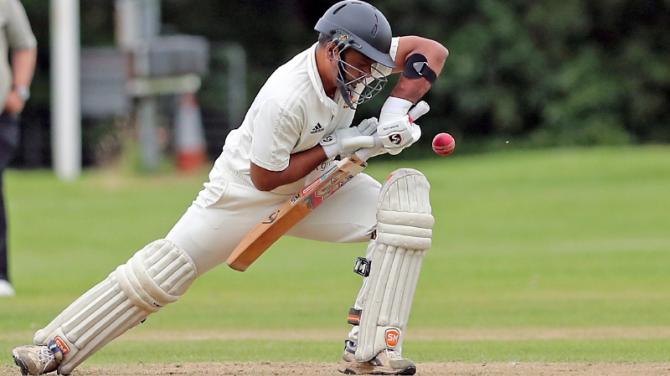 OVERALL Ballymena’s season was a hugely successful one for the club as a whole.

With both the firsts and seconds enjoying excellent seasons in terms of results and the club now once more fielding four men’s sides on a Saturday, there is a palpable sense of a club ‘on the up’!

Cricket is not one of Ballymena’s major sports. However, with better results and increased participation at all levels throughout the club, cricket is once again beginning to be talked about around the town.

There follows an overview of the season from each of the four teams’ perspective.

However, the broader picture is that Ballymena has made great strides in recent years - both in participation levels and in profile - and now has a great platform upon which to build in the years to come.

Ballymena 1st XI - A stellar 2018 season for the 1st XI, in which they secured promotion from NCU Section 2 to Section 1, was consolidated with a third-place finish in their new league.

League highlights included ‘doing the double’ on league champions Woodvale and third-placed Donacloney Mill. On the other hand, the team suffered disappointing losses to local rivals Templepatrick and to Armagh - both of whom beat the braidmen at home and away.

The season was really a tale in three acts. Ballymena started brightly, with three wins and a tie from their first six games.

They then entered a worrying slide, losing their next five matches in disappointing fashion. However, they bounced back brilliantly, winning six of their last seven matches to secure a strong finish in the league.

Much of the credit for the Braidmen’s resurgence must go to captain Stephen Colgan.

The first half of Colgan’s season was cruelly hit by injury. But when his side needed him he led from the front, hitting a total of 300 runs, predominantly in the second half of the season.

Colgan’s inspirational captaincy also played a huge role. Though not a classic tactician, Colgan showed his skills as a man-manager throughout, as he was consistently able to get the best out of his team.

With a batting average of 40 and with a calm and mature approach he brings to the dressing room, his signing begins to look like a masterstroke.

The evergreen Michael Glass finished as his side’s best bowler, picking up 28 wickets at an average of 13. Even in his late forties, Michael continues to offer an incisive wicket-taking threat at the top of the order and demonstrated his enduring class throughout the season.

Elsewhere there were other strong performances. Both John Glass and Scott Willoughby made some important contributions with the bat, while Glass was a consistent performer with the ball in hand.

Similarly, the bowling pairing of Jack Gibson and Sam Glass continued to be an important one for Ballymena. The two offer fantastic control in the middle overs, picking up wickets and stifling opposition batting line-ups.

Finally, the performances of talented youngsters Owen Dick and James McClean were hugely encouraging for the Braidmen.

Overall, the team will be very proud of their achievements this season. With a strong finish in the league secured, the team can now look forward to 2020 hopeful of promotion to the Premier League - an ambition which the team is surely now well-equipped to realise.

The team secured promotion from NCU Junior League III and a brilliant victory against Laurelvale won Black’s side the Intermediate Cup.

Standout performers with the bat were Peter Gregg, who scored 273 runs, and the evergreen Jeff Martin, who scored 326.

There were also significant scores for Matt Smith, who made 75 to defeat Bangor II in the first round of the Intermediate Cup, and Matthew Dick, whose 102 against CIYMS III was the side’s highest score of the season. Stewart Watt, Anthony Frazer and Michael Caithness were also consistent performers, each contributing half-centuries during the campaign.

With the ball, as ever, Ballymena were very strong. Paul Black himself was a key performer here, taking 15 wickets - a tally shared with fellow seamer Ghazanfar Ali.

There were also good performances from Jonny Browne, Andy McGennis, Declan O'Boyle and Anthony Frazer. Meanwhile, the exciting Sam Henry continued to develop and can now generate decent pace, while Callum Crease showed signs that he is developing into a fine young player.

The Braidmen enjoyed a stellar season in the league - at one point going on an 11-game winning streak.

However, the league was so competitive that they still had to fight to secure promotion, after a late-season loss to local rivals Muckamore. That they were able to is a testament to the emerging character of the side.

This character is something Black can be truly proud of. Since taking over the reigns, he has reversed the fortunes of a side that had suffered consecutive relegations - giving them the confidence and will to win.

He was assisted by the return of Pete Gregg and by new signings on the first eleven, which allowed him to field a stronger side most weeks than his predecessors have been able to.

All in all, Black and his men can be very satisfied with a hugely successful season. They will now doubtless be looking ahead to 2020 and further successes to come.

3rd XI - The 3rd XI enjoyed a mixed season in Junior 6, a highly competitive league where, with the exception of league winners Carrickfergus 3rd XI, on their day every side looked capable of beating any other. As a result, 5 wins from 12 games played saw them finish 5th equal in the league with 20 points.

As ever, player availability was a challenge. When availability was good, the team was a match for anyone. Conversely, on other days, a very young side would find the going tough against more experienced teams.

In the end, wins over Armagh III, Waringstown IV, Carrickfergus IV, Templepatrick III and Laurelvale III proved sufficient for the 3s to retain their place in the league. Stand-out players from the season included Andy Lytle, as ever, who contributed to 3 wins in his 3 weeks back from France and Ethan Archer who was instrumental in 4 of the 5 wins secured. Young talent emerged with Euan Watt really finding his feet in adult cricket as a bowler while proving a cool head with the bat at the death and Ollie Stinson is undoubtedly one to watch for the future.

Other players worthy of a mention include youngsters Stevie and Peter Bristow and Harry Caithness while Adam Wilkins proved increasingly useful, especially with the ball, as the season progressed. Elsewhere, the ever reliable Declan O’Boyle and Antony Frazer made some significant contributions at important times with both bat and ball.

While the leading run scorer for the season was skipper Alastair Crease with 177 runs, the best batting average of 58 was recorded by Andy Lytle.

With the ball, the leading wicket taker was Ethan Archer with 8 wickets, while the best bowling average of 8.5 was recorded by Antony Frazer, albeit from only 3 games played.

All in all, the 3rd XI was able to find its feet in Junior 6 and for next season it is to be hoped that a year’s additional experience combined with improved player availability may result in a team that can focus on pushing for promotion back to Junior 5.