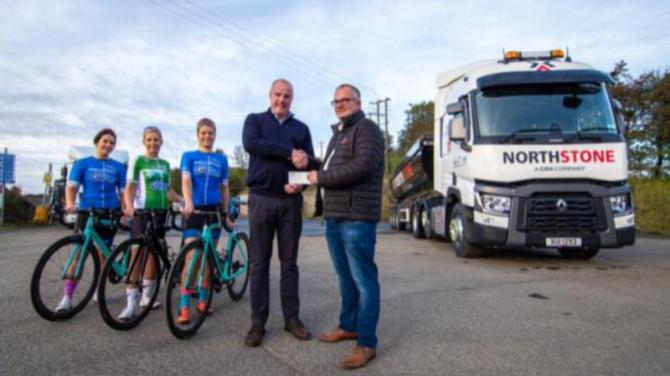 NORTHSTONE Materials have continued to sponsor Ballymena Road Club, a cycling club which has recently been producing some very impressive wins and podium positions at the national level.

These three champion cyclists have collected an impressive array of medals over the past number of years, doing Ballymena Road Club, and in fact the entire region proud.

Here’s hoping for further podium positions in the years to come!

Ballymena Road Club had six members take part in the Barcelona Ironman at the weekend.

The event started with a 2.4 mile swim then out of the water and onto the bike for 112 miles.

Next was pulling on the running shoes to complete a full marathon of 26.2 miles.