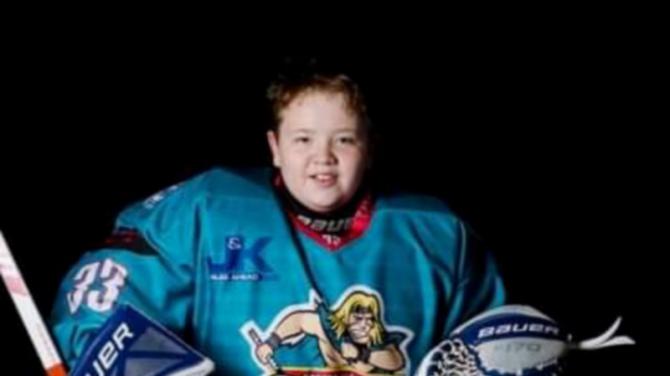 Most people enjoy skating and add to this the excitement and speed of hockey then you will love Inline hockey. Age groups are 6-70 or older if you wish to give it a go.

One of the oldest players of another team is 65 and the oldest in the Ballymena Vandals team is 45.

Even if you cannot skate the group run a learn to skate programme to get beginners on their feet and after that they will put a hockey stick in your hand you’ll be hooked.

The club offers a discount to families with more than 2 wishing to participate in inline hockey.

Meanwhile, the Ballymena Vandals In-line Hockey club would like to welcome to the club their two new goalies who are brother and sister from Ballymena Blaze 12 and Amber 19.

Blaze is a first year student at Slemish College and is also a goalie for the Belfast Giants U14 team. Blaze will be goalie for the U12 in-line hockey team.

Amber trained last season with ECB(East Coast Blaze) and has also played with Salford Lions B team. She is also playing this season for Flaming Skulls women's team.

Amber is a past pupil of Slemish College and is now doing an HND in Sports and Exercise Science in the Belfast Met.

Amber will be a new goalie for the seniors league 2 team.