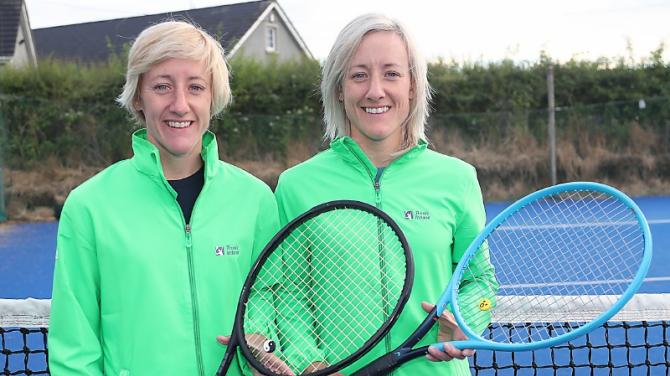 TENNIS playing twins, Alexis and Kerri Russell, will represent Ireland in the ITF World Championships in Miami in October!

The duo, who run the ‘A’ Team Tennis (ATT) club, outside Ballymena, have been in top form of late.

The coaches began the year by winning the National Indoor Veteran (Over 35) Ladies Singles and Doubles Championships.

Both were then selected for the Four Nations Ireland Over-35 Ladies team, earning singles successes against Wales and Scotland.

The sisters paired up for their second National Doubles title victory, and Kerri won the Over-35s Singles.

This top form over the past few months has seen them both being called up the Ireland for the ITF World Team showdown later this year.

Both Alexis and Kerri are delighted with the call-up and intend turning in top performances.

* ATT welcomes new members. Get in touch with Alexis or Kerri.