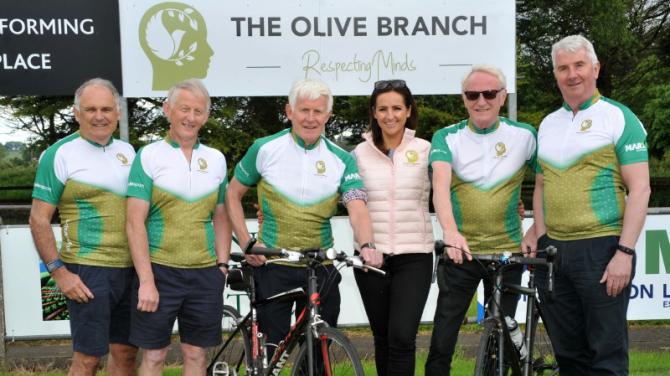 Alan Mulholland and Leone Paul who founded The Olive Branch in 2017, said as a recently established charity they aim to provide free mental health counselling to those in need, in a more responsive and caring way.

“Funds raised by the Vets will be extremely useful in the role out of our local service, helping in particular our young people, cope with many of the mental health challenges they face today,” Alan told Guardian Sport.

All funds raised will go to The Olive Branch, and donations can be made by following on the link below to - The Rugby Vets. Loire Valley Fund Raiser page at Just Giving.

For the five cycling enthusiasts setting off in mid June is their fourth year cycling in France, in aid of local charities.

This years route starts in Blois, South West of Paris, and following a 300km route along the Loire Valley, known as The Garden of France, finishes in the wine area of Saumur.

Other notable features along the way, besides the magnificent Loire River, are the many Chateaux including Chateau de Saumur, Azay – le Rideaux, and the beautiful city of Tours.

The Veterans, whose combined age is 331years, have targeted a minimum of £3000 to raise for The Olive Branch Charity.