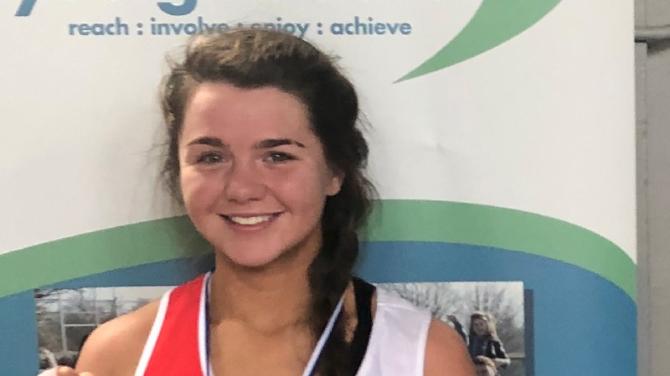 She turned in five star showing to defeat Shanetlle Richie, from Gilford Boxing Club, in the under 18 60kg class.

Eimear, from Newferry, just outside Ahoghill, is a former Irish Champion and is current Ulster Champion.

“We at All Saints are very proud of her achievement,” said club coach, Dermot Hamill.

“This win is a nice confidence boost for Eimear who competes in the Irish Championships in a couple of weeks time.”

Meanwhile, today (Tuesday) All Saints boxer Emeka Onwuka is off to Germany.

The 17-year-old, from Ballee, is part of the Ulster High Performance Team.

The team is taking part in the Black Forest Cup competition.

Recently Emeka got to the final of the All Ireland Championships.

But the Ballymena teen lost out on glory on a split decision.

“It was a cracking bout, and could have gone either way,” said coach Dermot.

Emeka lost out to title holder Daragh Gilroy, from the Father Flanagan Club in Wicklow in the National Stadium in Dublin.

To get to the final Emeka beat Jack Connor, from the Four Kings ABC in Leinster. In the quarter-final he beat Connaught champion, Thomas McDonagh, from Galway.