Ballymena too strong for Bonds Glen 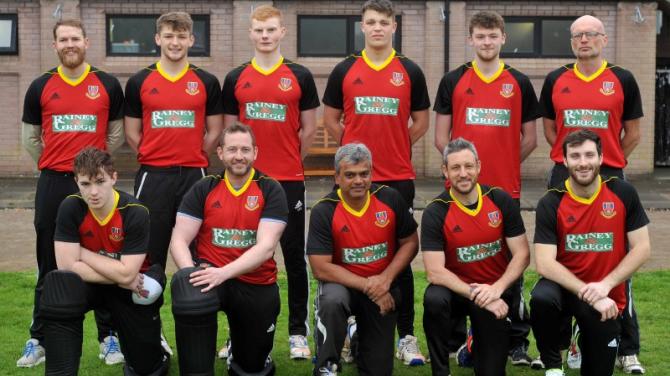 BALLYMENA made a strong start to their Irish National Cup campaign, overcoming North-West side Bonds Glen.

But the decision did not immediately reap rewards, as Bonds Glen struck twice to remove both the Ballymena openers.

After the initial shock of losing both Colgan and McClean in quick succession, Kaushik Aphale (57) and John Glass (49) then built a strong partnership for the third wicket.

Aphale played some powerful shots, particularly off the back foot, while Glass accumulated runs stylishly.

John has adapted well to life in a stronger league, scoring consistently and is no doubt gaining great experience from batting and playing with Ballymena's overseas player Kaushik Aphale.

However, continuous mizzling rain coaxed some variable bounce out of an otherwise blameless Eaton Park wicket, leading to the wickets of both Glass and Aphale.

Fortunately, the lower order dug in well and Michael Glass (29) pummeled some boundaries to lift Ballymena's final total to 185-9 off 40 overs.

In response, the Bonds Glen top order was blown away by the skill of the evergreen Michael Glass (8-5-26-6).

Bowling with a stiff breeze at his back, Glass found lateral movement at good pace.

He struck with his very first ball and, in total, bowled five wicket-maidens in what was a stunning individual performance.

Bonds Glen's lower order rallied well after this initial onslaught, but it was always going to be a struggle for them.

The Braidmen will doubtless take great confidence from this game into their upcoming fixtures.

They have had a strong start to their season, currently sitting third in the league and now with the prospect of a cup run to look forward to.

The Glass family...Sam, John and Michael have kicked off the season well, with Scott Willoughby showing great promise with the bat.

Already, and having played only a few games, the experience and skill of Kaushik Aphale Ballymena's overseas player, has proven to be invaluable.

The challenge for Stephen Colgan's men is now to build on this strong start with more victories.

Ballymena look forward to their second round fixture in the Irish National Cup, due to take place by 16 June, opponents TBC.