What a knockout sum! 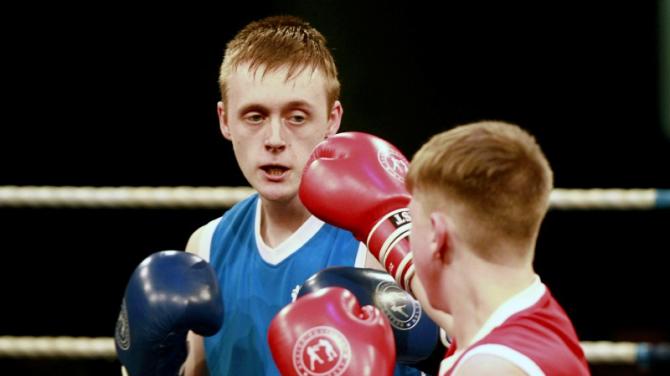 FRIDAY’S White Collar fight night in Tullyglass House Hotel has raised in the region of £20,000 for Northern Ireland Children’s Hospice.

The money will go towards compassionate care for local life limited children.

Event organiser George Courtney thanked every single person who supported the event, and helped raise oney for the very worthwhile cause.

“This was, and will continue to be, the biggest and best white-collar boxing show in this country,” George told Guardian Sport.

“Special thanks to all the people who make this possible - from the people who bought the tickets to come along and the fighters who dedicated eight weeks of their time and commitment to make this event happen.”

A packed venue roared its approval as supporters, hooked on the jab, applauded every man and women who entered the ring and appreciated every punch thrown for palliative care.

The atmosphere was electric and the event organised with the precision of a professional big fight night rightly deserves every accolade uploaded blow by blow on social media.

George praised Green Pastures Church for providing a venue for the 8-week training sessions on the lead up to the event.

“This was pivotal in the success of the event,” he said.

Thanks went to Tullyglass House Hotel for continuing to support the event for the third year running and providing an excellent service.

Others on the thank you list were trainers Anthony O’Rawe and Gregory Barr for all the efforts leading up to the event and supporting on the night; MC Sherman Wright for flying back from Stirling University to be present and NI Children’s Hospice’s regional fund raising officer Catherine O’Hara.

“I look forward to continuing to build our relationship and will continue to support the charity,” said George.

There were 24 fights - 23 wins 1 draw between Shane ‘The Mac’ Phillips and Ricky Brown.

Of the three female fights the Caitriona Quigley v Oliva Craig clash was named Fight of the Night!

Biggest ticket seller was fighter David Jameson with around 70 sold.

An additional £2,000 raised was given to the Food Bank.