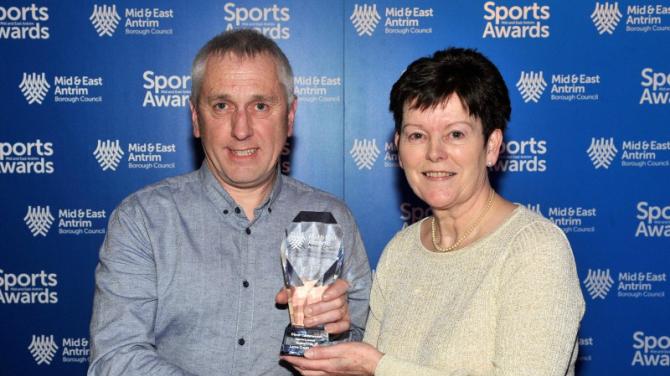 MOTO-Cross rider Trevor Calderwood said he could write a book about injuries received following the sport he loves.

But they certainly do not seem to dampen his enthusiasm for the sport.

For he is off to the World event later this year - and has other big races in store.

He said he was delighted to he honoured in this way but added it was a bit of a surprise for him.

He is also holder of the Trans Am 500 CZ Championship in California and he intends defending his title in Maryville, USA, later this year.

Last year Trevor represented NI on four occasions, the last time being in the Motocross De Nationes in the Czech Republic, where the team finished third out of 15 countries.

He won the first round of the British Pre 74 Championship and finished sixth overall.

In September Calderwood will compete in the Motocross de Nations in Holland.