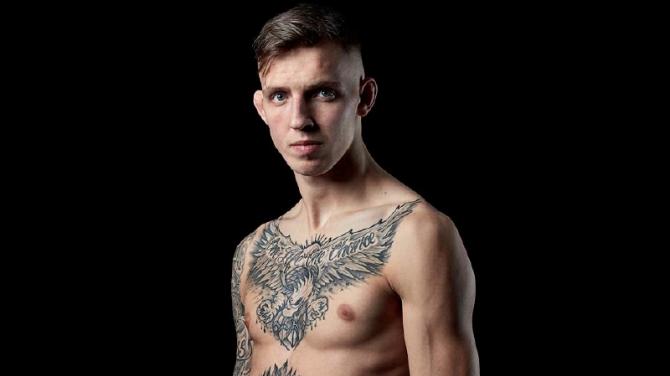 They are Rhys McKee and Andy Young, both members of the Institute of Mixed Martial Arts (IMMA) gym in George Street in Ballymena.

“This is going to be another barn burner,” said Head Coach at the Ballymena IMMA gym, Rodney Moore.

“These two guys like to stand and bang, but I have no doubt that whenever Rhys touches him, he'll crumble like everyone else. Rhys has a very deceiving looking punch. It doesn't look like much but it hits you like a freight train.”

Moore believe victory in the fight, which is going out live on BT Sport and UFC Fight Pass, will take McKee a step closer to the Lightweight World title belt.

“After this one Rhys is sure to get a contender spot, then a title shot,” said a confident head coach Moore.

‘Skeletor’ McKee, who coaches at his Next Generation MMA gym in Kilrea, is in top shape for the showdown.

He means business as he focuses on taking a step closer to World domination.

The experienced scrapper is on his comeback trail.

“ Andy took this fight at short notice, due to the original opponent getting injured,” outlined head coach, Rodney Moore. “The winner of this fight for sure will be fighting for that coveted Cage Warriors Flyweight World title and surely the next step closer to the UFC.”